They Held Many Shields

Ancient Buddhist traditions tolerated transgenders; many Hindu traditions still have them linked with deities. A fluid sexuality was a way of life for Indic culture. 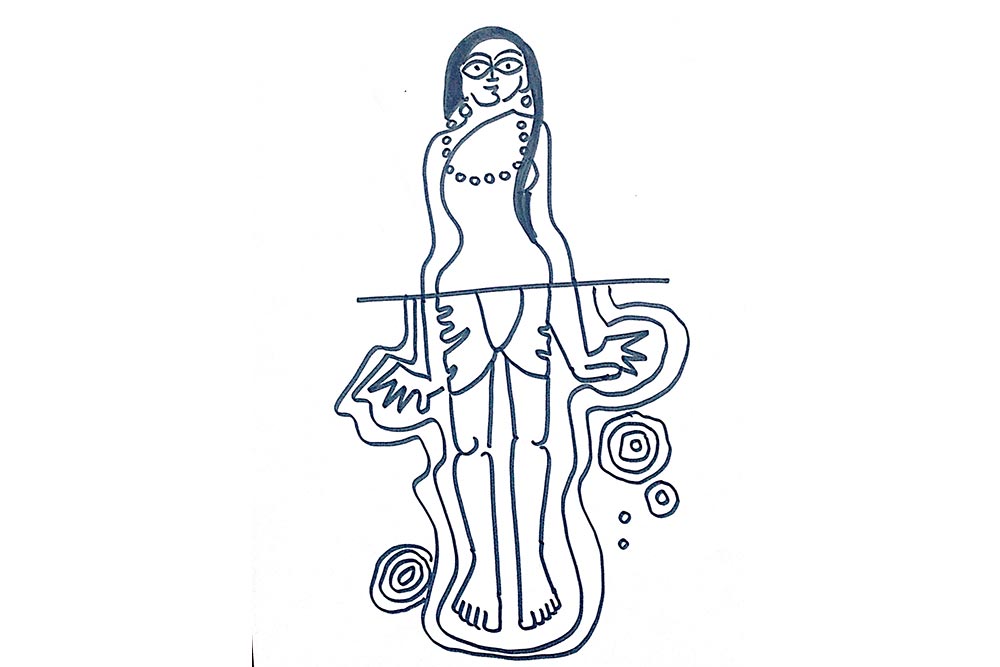 Narada turning into a woman in an enchanted pool

Once upon a time, there was a monk in a Buddhist monastery who approached other monks to ‘def­ile’ (dusatha, in Pali) him. He probably meant sex, for in Buddhist lore, sexual desire was seen as contaminating one away from the path of dha­mma. The monks refused and so he approached the mahouts or elephant-grooms who lived in the vic­inity of the monastery. The mahouts obliged, but after the act started grumbling and speaking ill about the monastery and its residents. The monk was identified as a pandaka and it was decreed that a pandaka should not be ordained as a monk, owing to his inability to restrain his sexual urges. In fact, some went to the extent of saying that the pandaka can never attain enlightenment.

This story comes from the Vinaya Pitaka, one of the earliest books of the Buddhist canon, listing rules for monks and monasteries and attributed to the Buddha himself. But it has undergone much revision due to oral transmission and several editors.

Who was the Pandaka? Answers are varied: from eunuch, hom­osexual, passive...