There Goes The Sun

The quietest of the Fab Four he may have been, but George Harrison was quite a Beatle 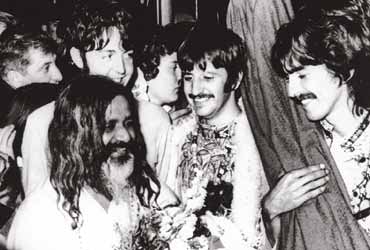 outlookindia.com
-0001-11-30T00:00:00+05:53
There'll come a time when most of us return here/Brought back by our desire to be/A perfect entity/Living through a million years of crying/Until you've realised the art of dying
—from Art of Dying, 1970

George Harrison, son of a bus driver, born on February 25, 1943, guitar player, songwriter, composer, film producer, lover of most things Indian, died on November 30, 2001, of lung cancer. Quiet and self-effacing to a fault, he was the youngest of the four men from Liverpool who influenced the international music scene like few popular groups before it had been able to.

When I was a teenager in Calcutta in the sixties, my parents (like most others of their generation) were not very sure if the Beatles represented the best or the worst of the West. The long untidy hair, the copious consumption of marijuana and the middle-class revolutionary fervour,#were, not surprisingly, all frowned upon. Yet, the Beatles also stood for a universal melodic language and lyrics that touched the heart-strings of many ordinary people from London to Ludhiana, from...