Their Wings, And A Few Prayers

Risking life and limb, the armed forces ably rise up to the challenge of rescue 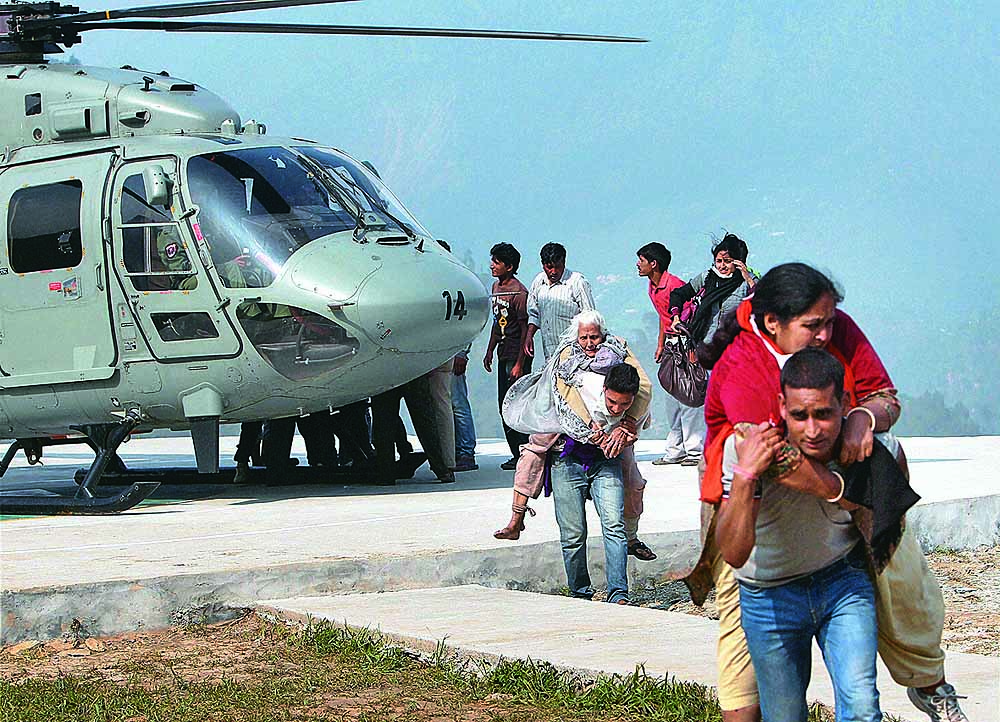 Nothing gives you a better sense of devastation than a view from 15,000 feet in the air. I am aboard an ALH Dhruv, manned by Colonel Anuj Rampal, a veteran of search and rescue operations. Before us lies the battered vista of Garhwal’s hills, where rain, landslides and the raging Ganga, Alaknanda and Mandakini have combined to wreak a havoc whose magnitude is just beginning to be und­erstood.

He has never seen such destruction before, Col Rampal tells me, above the roar of the rotor blades, as his olive-green chopper lives up to the words emblazoned across it—Suveg and Sud­ridh (fast and determined). “The scene on day one after the first waters receded was heart-wrenching,” he says. “I ...