Their Hearts In The Hills 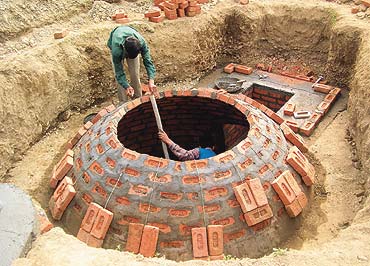 outlookindia.com
-0001-11-30T00:00:00+05:53
It all started nearly 10 years ago when the Banerjees came upon the epileptic son of an employee at their farm in the Uttarakhand hills. "In 1997-98 we met this child who was frothing in our courtyard. His family was used to his epileptic fits, but helpless. That shocked us," remembers Kedarnath Banerjee.

They read this correctly: as a stark sign that medical facilities were totally absent in the area. And they responded: by setting up the ADOPT Foundation. "We started with trying to set up a medical aid centre with a doctor in Chhabra village, where we had our farm," says Madhulika, Kedarnath’s wife. Several such "attempts" later, the Banerjees began to give some shape to their ideas. "While our wish to have a permanent doctor in the village fizzled out, since most doctors weren’t willing to go and stay in the village, we started organising regular medical camps. We had already built a permanent medical establishment, so the doctors found it convenient to set up camps and give free medical aid," says Kedarnath.