Mass adulation is universal. But the hero worship that’s deeply ingrained in Tamil public life is akin to a relationship with divinity. 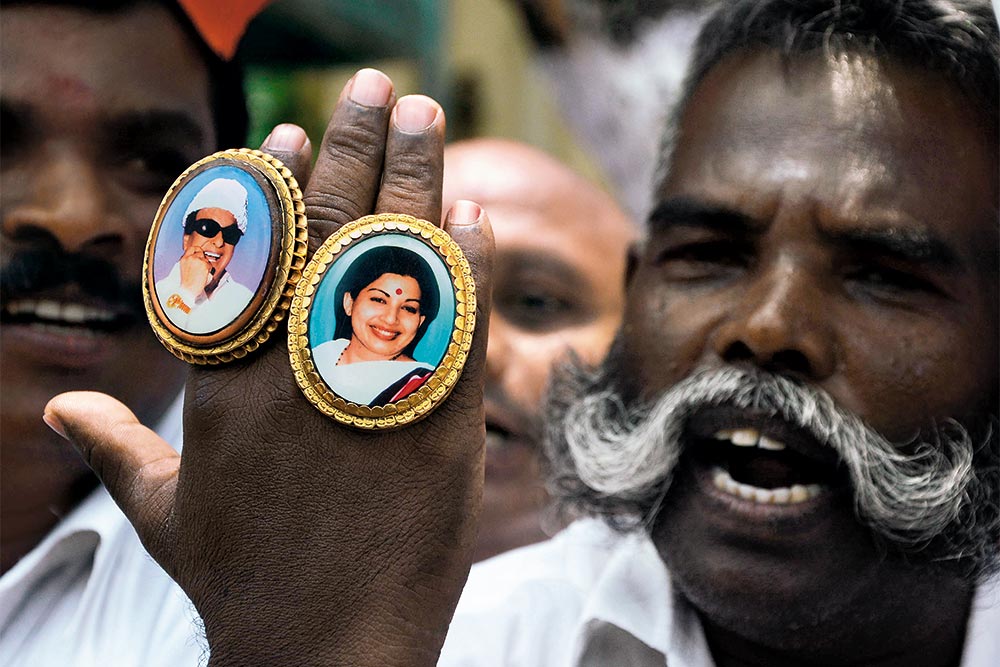 On a sultry summer evening in April this year, the road leading to Chennai’s Island Grounds was lined with party flags—and fleets of speeding mini buses were ferrying in supporters for what was J Jayala­litha’s opening election rally. Outside the gates, many munched on sundal as they browsed through the merchandise on sale. The paper-wrapped chickpea snack was a good cure for the bored and the peckish browsing by items like key chains, posters and purses. Plus, there were pocket-sized photos of the party supremo, the ones that grace the breast-pocket of every white-shirted AIADMK member. Then, you got swept in, past the towering cutouts of Amma, into the crowds all pumped up by one rousing number after another until with a dramatic drum-roll the leader appeared. The atmosphere was electric.

It was pretty much the same drill in Chennai or in the state’s second-most populous city of Coimbatore. The urban poor or the rural labourer reacted in the same way, nursing the same hope: ‘Amma would take care of us’. Now, it was despair that...