The West And The Making Of MKG

Allusions to Christ clinch it. This tribute to Gandhi shies from tracing the Indian source of his ideas. 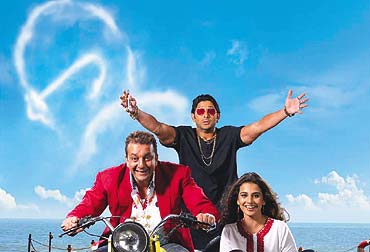 outlookindia.com
-0001-11-30T00:00:00+05:53
This book by former professors of political science at the University of Chicago could not have come at a better time. With Lage Raho Munnabhai having revived interest in Gandhism, and even having given us a new term—‘Gandhigiri’—the youth have suddenly become willing to experiment with the idea. Gandhigiri, for instance, inspired some youth in Lucknow to distribute roses as their form of protest against a wine shop rather than adopt any aggressive way. That Gandhi was always relevant—in fact, more so now than the times he lived in—was clear to anybody with even a slight interest in the man. The Rudolphs’ book analyses Gandhi’s thoughts, especially from his Hind Swaraj, and demonstrates that Gandhi was well ahead of his times.

For instance, while the world was overwhelmed with the modernisation project, Gandhi was already critiquing it. He opposed machines whenever they took away jobs. Fittingly, when the government decided for the first time in independent India to give its poorest citizens an Employment Guarantee Act, machines were banned under...