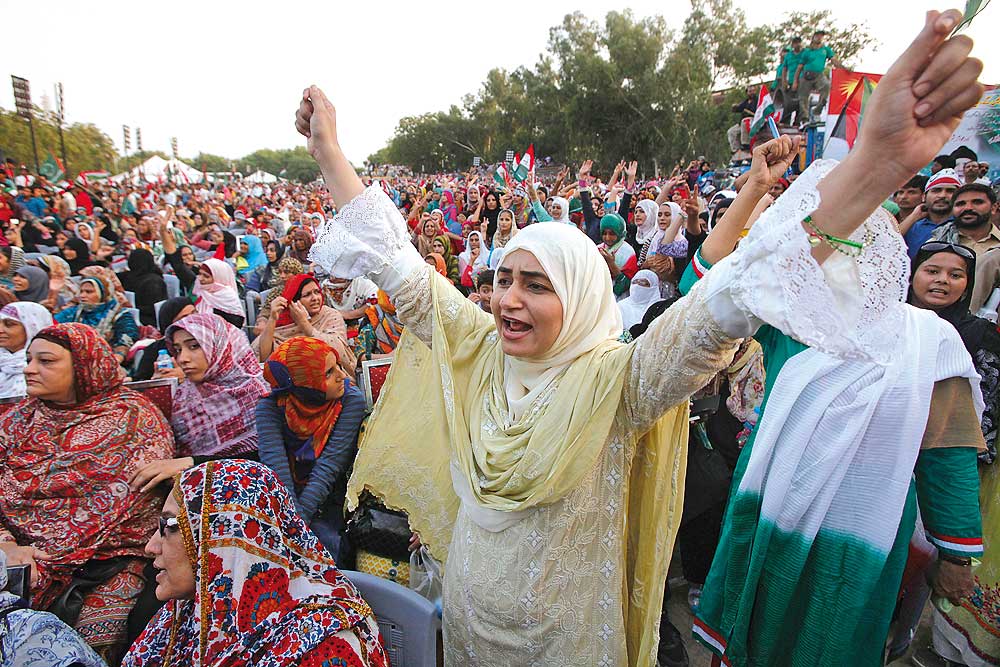 On Independence Day, along with revered state heroes, a nation needs to celebrate contemporary feats of heroism too. This August, Pakistan has been celebrating the achievements of 21-year-old Samina Baig. After conquering Mount Everest, Samina, with her brother Mirza Ali, is now heading towards Mount Elbrus in Russia. Having already had the better of the highest continental peaks in Argentina, Antarctica, Tanzania and Alaska, Elbrus will make them the first Pakistani siblings to have conquered all the highest peaks in seven continents.

But Pakistan’s government of the day has little time for celebrating the feats of the girl from Shimshal valley in upper Hunza. At the vanguard of the forces bes­­ieging it are hijab-clad, sloganeering women from Punjab, headline-grabbing footsoldiers of Can­ada-­­­­based firebrand cleric Allama Tahirul Qadri’s Pakistan Awa­mi Tehriq (PAT). With expectations and apprehensions surro­u­n­ding Qadri’s Inq­ilab March from Lahore to Islam­abad on Aug­­ust 14 reaching a...