The Wall And A Hard Place

‘Careful what you wish for’: Warnings for Pandora’s new haunt 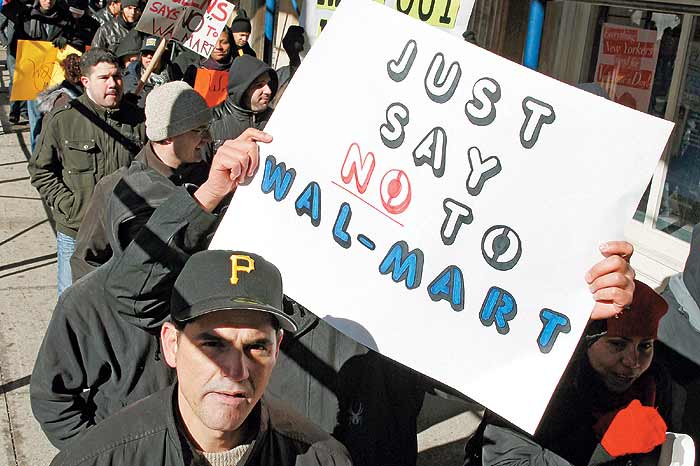 Residents in the Los Angeles suburb of Burbank are up in arms over a proposed new neighbour. They accuse it of paying its employees a pittance, offering inadequate benefits and driving its neighbours out of work. The target of their ire: big-box retailer Walmart. “We are against Walmart because they have ruined the way retail and manufacturing are run in this country,” says Kate Nixa, at the forefront of the protest. She has a message for anyone who has a Walmart opening up in their community: “Fight it hard or get the hell out because Walmart will ruin your town.”

This cautionary tale erupts every time Walmart proposes a new store in the US. The overarching concern remains the mega-chain’s devastating impact on smaller retailers. Studies have found that in rural neighbourhoods, Walmart has decimated surrounding retailers. Unlike Walmart, mom-and-pop stores recycle their revenue into the community, which means communities suffer when they are forced to close. “Generally, (big-box retailers) increase...