The Vulture On The Wire

As more of our lives comes to be lived online, the worst we encounter or evade in ‘real’ life reappears digitally magnified with a vengeance­ 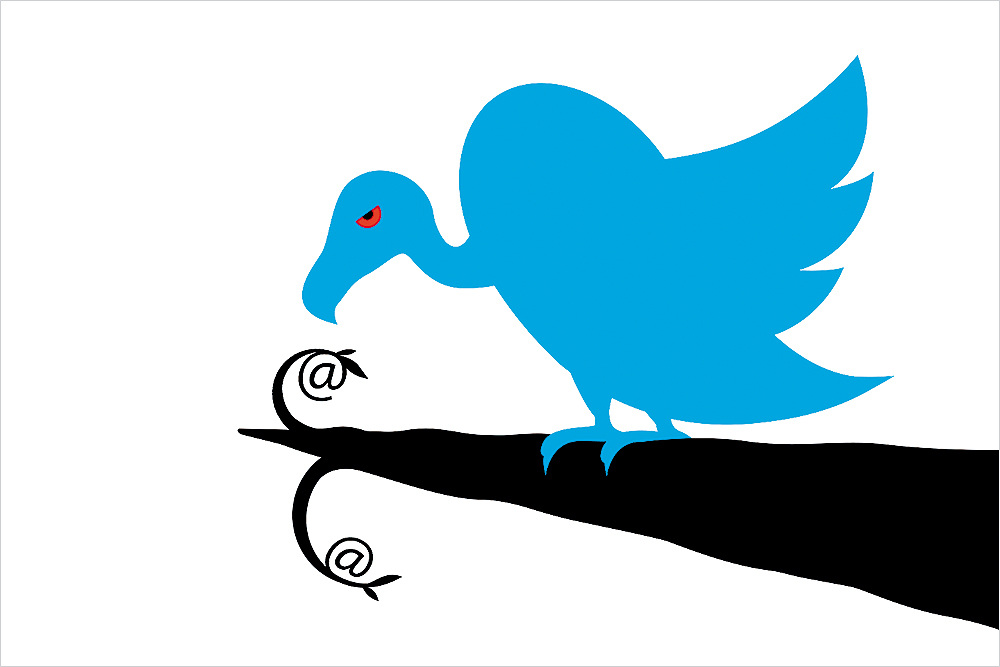 Manim (name changed) logs onto his Facebook account every mor­ning at an internet cafe after spending the night answering calls at the call centre he works in. Only last week, Manim, 30, sent a barrage of abusive messages to actress Kalki Koechlin, asking her to not show off her body so much and behave like an ‘Indian woman’. We caught up with him at his internet cafe and asked why he did it. “She should stay within her boundary,” he says. Does he really believe Kalki is likely to take his taunt seriously? “Yes, they should be affected by my comments. I want her to feel insulted and stop showing off. I keep telling my friends too to send her such messages and make her realise what she is doing is disgusting,” he says.

There are also those who turn trolling into a job. The International Chalu Union, a troll group based out of Kerala and headed by Roshan Thomas, makes memes in Mala­yalam, mostly on political issues. They troll politicians, film stars, TV anchors, just about any celebrity, with their vitriolic missives. And a few,...