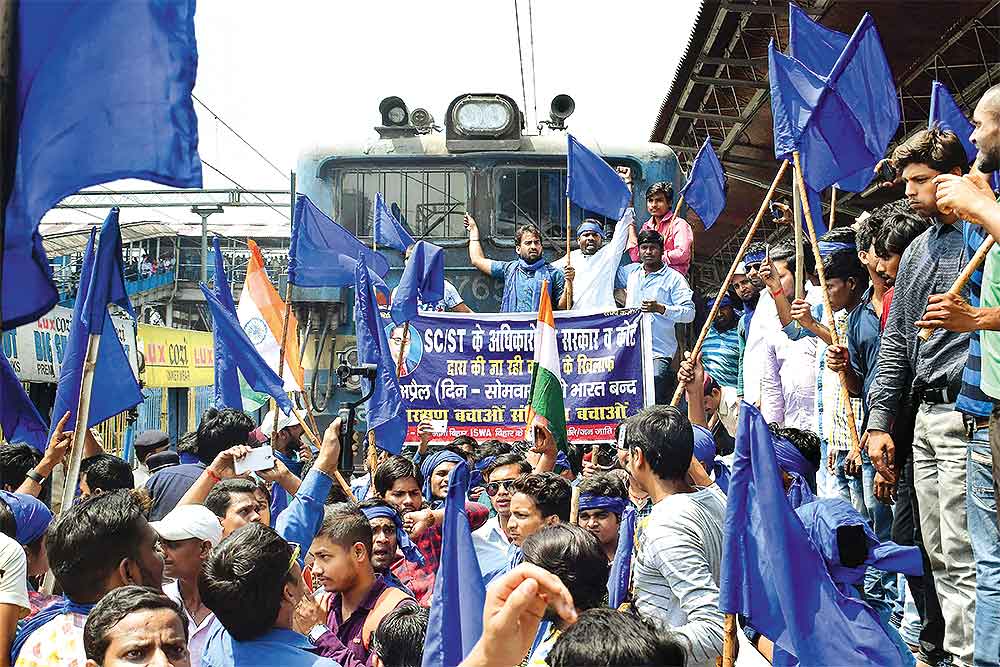 Last Sunday, on a muggy afternoon, Udit Raj, who represents North-west Delhi in the Lok ­Sabha, made his way to Mohan ­Nagar, a bustling Ghaziabad suburb, to address a meeting of the All-India Confederation of Scheduled Castes and Scheduled Tribes Organisations (AICSO). The mom­ent he arr­ived, the BJP MP, who is also the ­AICSO’s national chairperson, was greeted with angry slogans by a group of 10-odd young men in the crowd, asking him to quit the BJP. Later, they were escorted out of the venue when they tried to disrupt his speech.

The young men were voicing the growing disquiet among Dalits, who comprise nearly 17 per cent of India’s population, and a section of whom had come to support the BJP at the peak of the ‘Modi wave’—one of the key factors that went into the making of the ­party’s triumph in the 2014 general elections, and subsequent ­successes in many states, especially Uttar Pradesh.