The last of the Dagar Saptak goes. Dhrupad has to find its way, as always, alone. 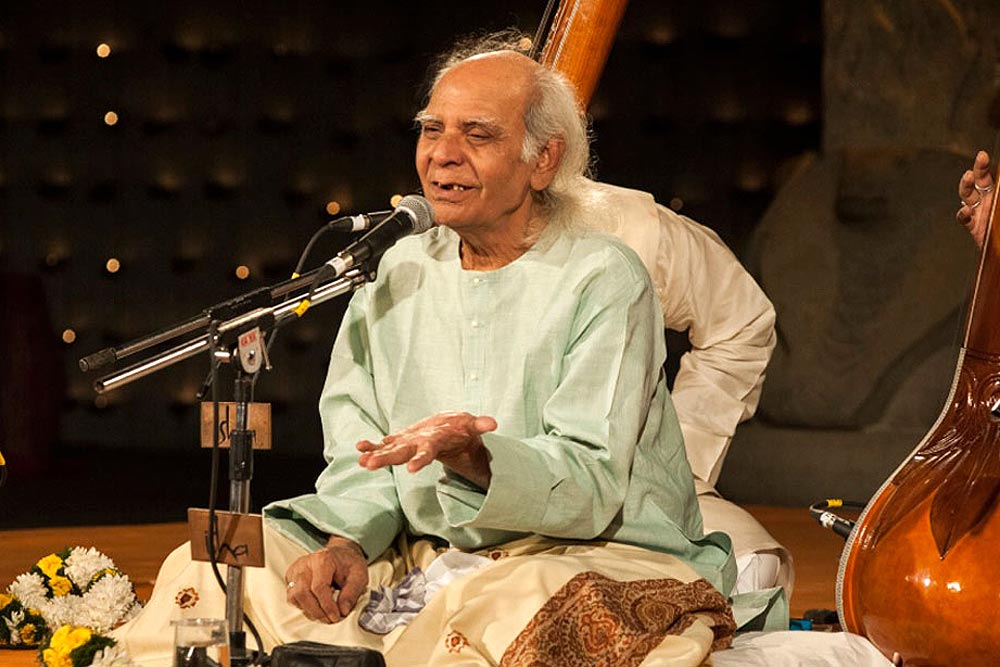 An allusion to yogic motifs is not out of place when it comes to dhrupad. That same concentrated immersion is here, that same rigour, that passage along the mind-body continuum. People often don’t realise how physical the practice of music is. Sayeeduddin Dagar used to say it’s the body that holds aloft the first half of a classical musician’s life. It’s in the latter part that the transphysical hopefully takes over, a kind of mellowness, an awareness of other ways of seeing and feeling, a riper idea about the form and its interior expanse of beauty.

When Ustad Sayeeduddin passed away—aged 78, on July 30—a long, unbroken silken thread of India’s history reached its end in some ways. A parallel history borne on sound, burning like a holy wick in a small alcove, emitting dancing flames that could astonish songbirds, as the poet said. Sayeeduddin was the last singing member in the illustrious 19th generation of the Dagar family. Yes, there are newer generations, with serious-minded practitioners sworn to tradition—yet...