The Unease Under Those Lotus Crowns

Losing the UP CM’s home turf has brought a rare mood to the Modi-Shah party: gloomy contemplation 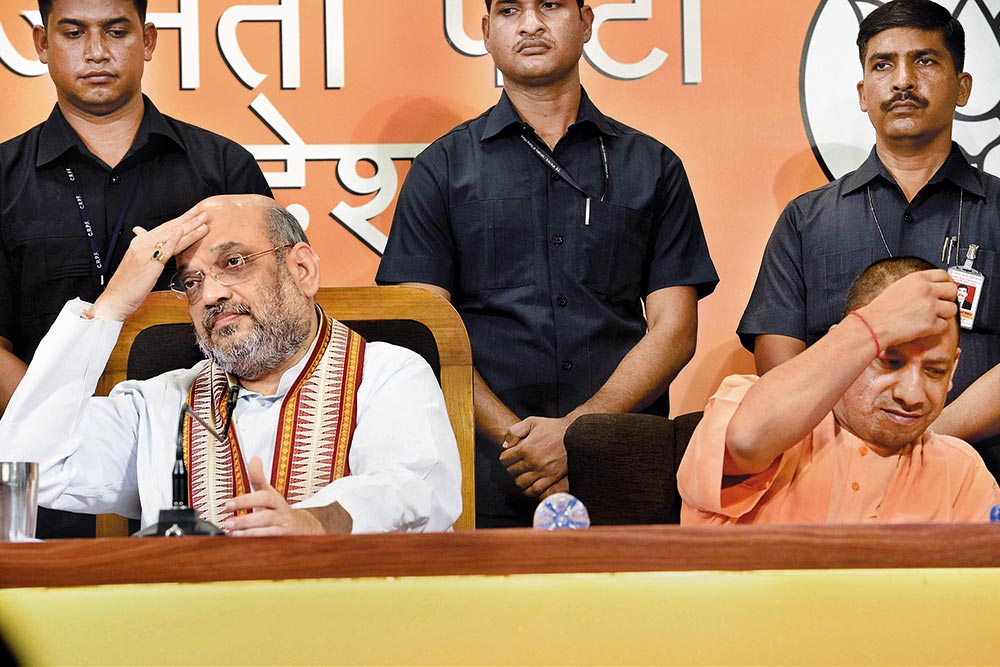 Saffron Daze
Amit Shah and Yogi Adityanath at a party meet in Lucknow
Photograph by PTI
Bhavna Vij-Aurora March 16, 2018 00:00 IST The Unease Under Those Lotus Crowns

All the elation and beating of drums after the big “ideological victory” in Tripura had barely died down when the Uttar Pradesh bypoll results came along as a corrective, stunning the BJP into gloomy contemplation. Gone was the bluster that toppled Lenin’s statue and held out the threat of “ek dhakka aur” to a few more shaky state governments.

It was a chastened UP chief minister Yogi Adityanath who, responding to the news, admitted to “overconfidence” and “failure to understand the significance of the SP-BSP partnership”. For a man touted as the BJP’s star campaigner from Tripura to Kerala, it’s a humbling experience to fail to hold on to his own Gorakhpur, which he has represented for five terms over two decades in the Lok Sabha. The BJP had not lost the seat even once since 1989 when it saw fluctuating fortunes elsewhere in the state and country. The byelection in the constituency was necessitated after Yogi was handpicked to lead a 325-strong majority government in the state last year. Even as he...