The Twain Shall Meet Once Again 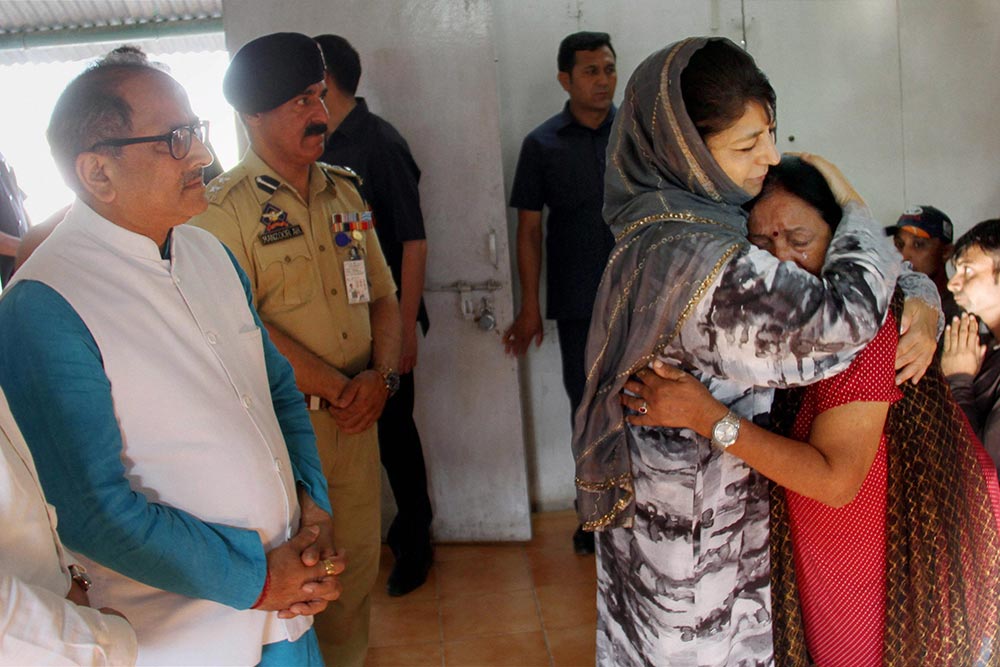 Heal Thy Guest
J&K CM consoles a yatri who survived the terror attack
Photograph by PTI
Naseer Ganai July 14, 2017 00:00 IST The Twain Shall Meet Once Again

The Mehbooba Mufti government faced what has widely been called her “worst crisis” on the evening of July 10, when a militant attack left seven ­Amarnath yatris dead and 19 inj­ured. The attack was at first seen as the beg­inning of the final countdown to the imposition of Governor’s rule in ­Jammu and Kashmir, where protests and crackdowns have been the order of the day since the killing of Hizbul Mujahideen commander 22-year-old Burhan Wani on July 8 last year. Three days later, though, the BJP was all praise for the J&K government, the CM and the people of the Valley. Home minister Rajnath Singh lauded Kashmiris for condemning the killings. PDP says its alliance with the BJP has bec­ome stronger ­after the attack.

What did the CM do to earn the BJP’s approval? Within an hour of the attack, before the news could make it to the TV screens, Mehbooba rushed to Anantnag town, around 70 km south of Srinagar, and met the survivors at the district police lines. According to her close aides, she hugged women survivors, consoled...