His own judges were the first to be baffled. A revolution was born on stage. 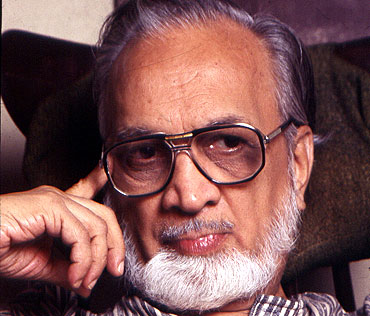 outlookindia.com
-0001-11-30T00:00:00+05:53
Marathi is the only Indian language today which has a viable urban theatre, managed by and for the educated middle classes. Right from the early 1930s, alongside the commercial natak mandalis which specialised in song-and-spectacle melodramas, playwrights like Mama Varerkar, M.G. Rangnekar and Acharya Atre devoted themselves to creating a 'parallel theatre', with tasteful and socially engaged plays, aimed at the elite.

Vijay Tendulkar, who died on May 19 at the age of 80, was a product of this tradition, but managed to lead it in a wholly different direction. He created a new language for the stage, rejected the sentimental and self-regarding complacence of his predecessors, and explored middle-class problems with an honesty and depth that often scared the audiences away. He wrote over 30 plays, some inevitably indifferent, but a few—like Shantata! Court Chaloo Aahe (Silence! The Court is in Session), which brought him national recognition in 1969—so powerful and original that they have ensured his place as the greatest Indian...