The Trunk Call Is An SOS 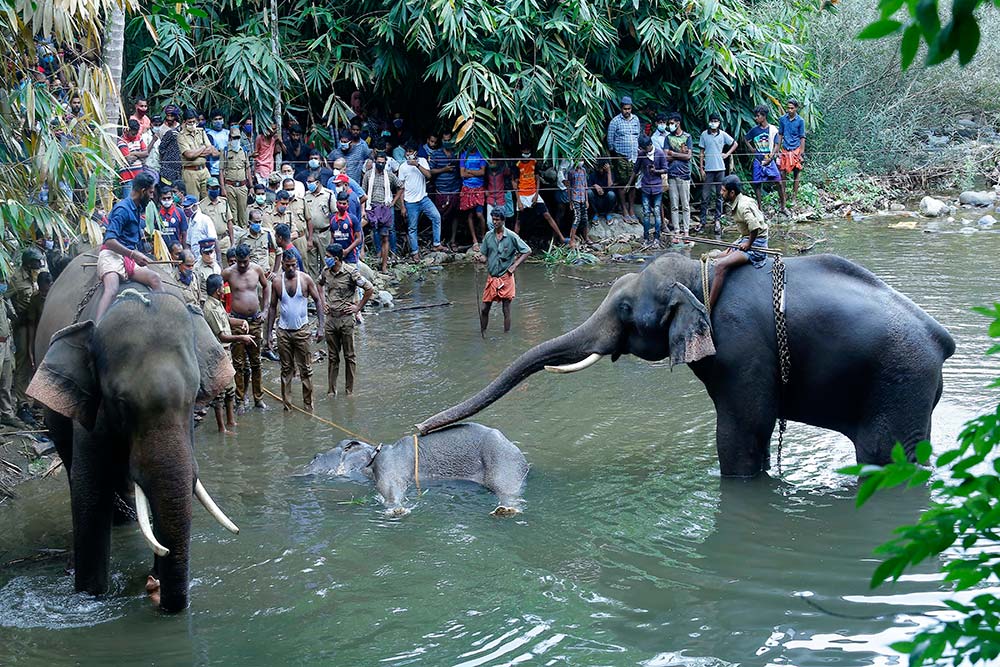 Efforts under way to retrieve the body of the pregnant elephant which died in Kerala’s Palakkad
Photograph by PTI
Salik Ahmad June 12, 2020 00:00 IST The Trunk Call Is An SOS

Its imposing bulk, with its pendulous proboscis, is imposing; its capacity to wreak havoc in ancient warfare or if it’s disturbed is terrifying too. But the elephant is an acutely sensitive and gentle animal that follows rigidly atavistic social norms. The whole herd celebrates a newborn calf; when a male reaches reproductive age, it is pushed away from the herd by matriarchs to avoid inbreeding—elephant society is one of the most evolved in nature. Along with its majesticity, it is celebrated as such too—in traditional tales in the Panchatantra and the Jatakas it’s held up as a creature imbued with wisdom; as a rare animal which sheds tears, like us, from emotional distress (elephants experience post-traumatic stress disorder like humans from trauma), it’s perhaps a natural choice for ancient, and modern-day, anthropomorphism. Thus, the outpouring of national grief over the death of a pregnant elephant in Kerala’s Palakkad is natural. Yet, in the same week, two more elephants would have died a death as painful somewhere else in India....