Post-demonetisation, states have hardened their stances on the proposed GST. A delay is inevitable. 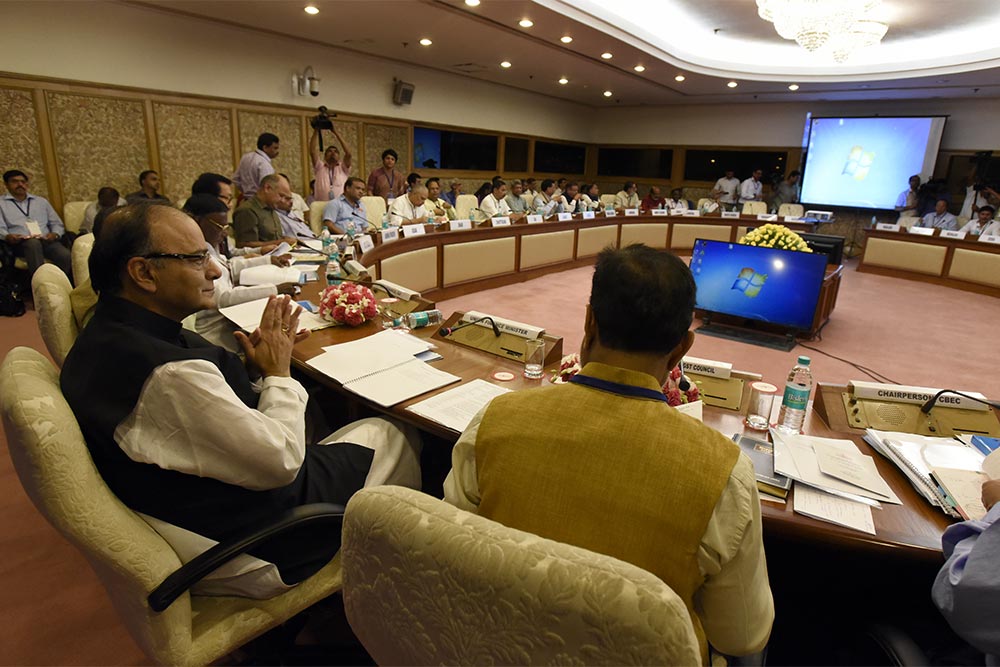 The impact of one econo­mic overhaul has rippled on to ­another in the making. Finance minister Arun Jaitley is now bracing for a delay in wrapping up negotiations to get going on the goods and services tax (GST), with states saying they can’t take back-to-back economic “shocks”. The idea itself doesn’t seem to be in jeopardy, though. It just might take longer and harder to strike a deal with the states, who think they have found a political opportunity in demonetisation to renegotiate the terms. Many who have otherwise been unable to drum up a serious offensive against the Narendra Modi government for triggering a currency shortage are preparing to toughen their stances.

Unlike demonetisation, the GST can’t be willed into existence by an overnight decree. It can only be achieved through agreements hammered out in hard-fought discussions.

A reform so fundamental that it requi­res a constitutional amendment, the GST will replace a complex patchwork of state- and local-level taxes with a single-point tax structure for all...