The Thar Won't Yield Its Secrets

The Jats waver between poles—so do their antagonists. Drought will fracture an already caste-riven verdict. 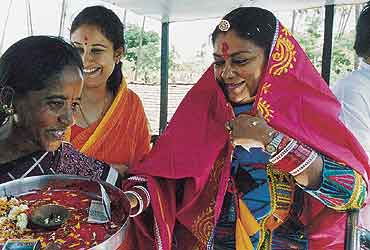 Can the BJP build on its successes in the assembly elections last year and sweep the Lok Sabha polls here or will the Congress regain some lost ground? Several realignments have taken shape since Vasundhararaje stormed to power. And some of these on paper do look tilted in favour of the Congress. The big question is: can the party make capital of the situation? Common consensus in Jaipur is that if the Congress has to make gains, its leaders have to put aside their petty squabbling. And that hasn’t quite happened.

A realignment of caste groups, especially that of the Jats, had offered the Congress a window of opportunity. Having achieved its goal of getting rid of Ashok Gehlot as chief minister with the backing of his...