The Test Of A New Track 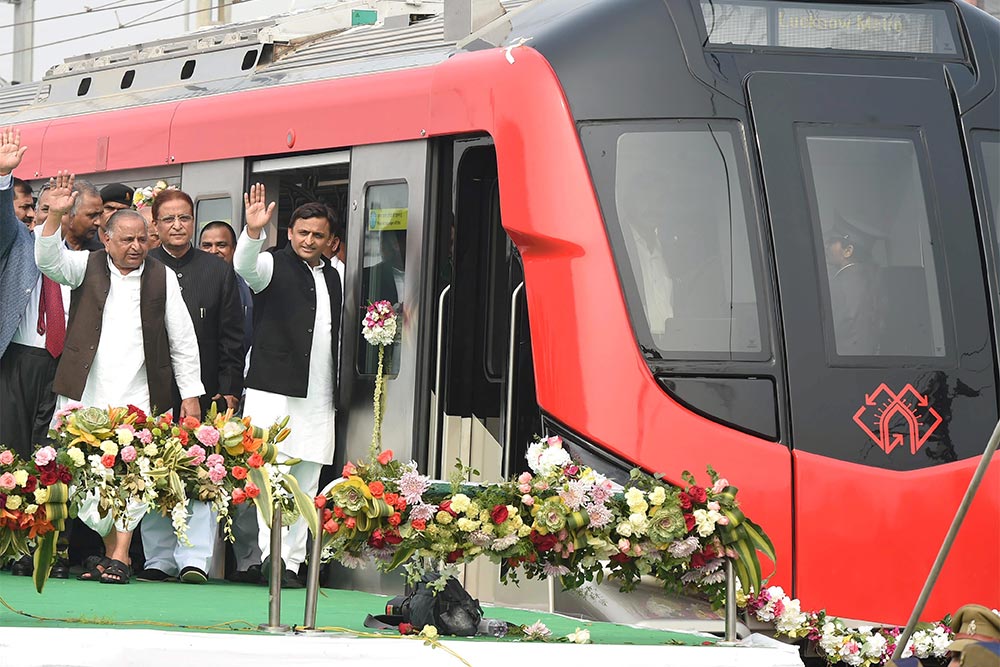 In 2013, west-central Uttar Pradesh threw a paradox in a country where it isn’t unusual for poor landholders to violently resist takeover moves for big projects. Protests erupted in an area earmarked to lay the showpiece Agra-Lucknow expressway—only that it was not against land acquisition. In sharp contrast, farmers were angry because their land was not being acq­uired, despite an earlier proposal. The 302-km zippy highway is now a dev­e­lopment mascot for UP’s poll-bound chief minister Akhilesh Yadav. The 43-year-old leader is seen pitching himself around economic transformation of India’s most populous state, rather than old-style politics based on caste and cron­yism. It’s a makeover that’s worrying rivals, particularly the BJP.

Remarkably, Akhilesh has managed to cut a different image for himself from that of his powerful dynastic party associated with feudal-style ruffian politics organised along sectarian lines. UP, with 21 crore people, actually stands on par with Brazil in terms of population. How far has the...