'The Tapes Show How Those Who ­Operate The System At The Highest Level Are Compromised. It's Disturbing.' 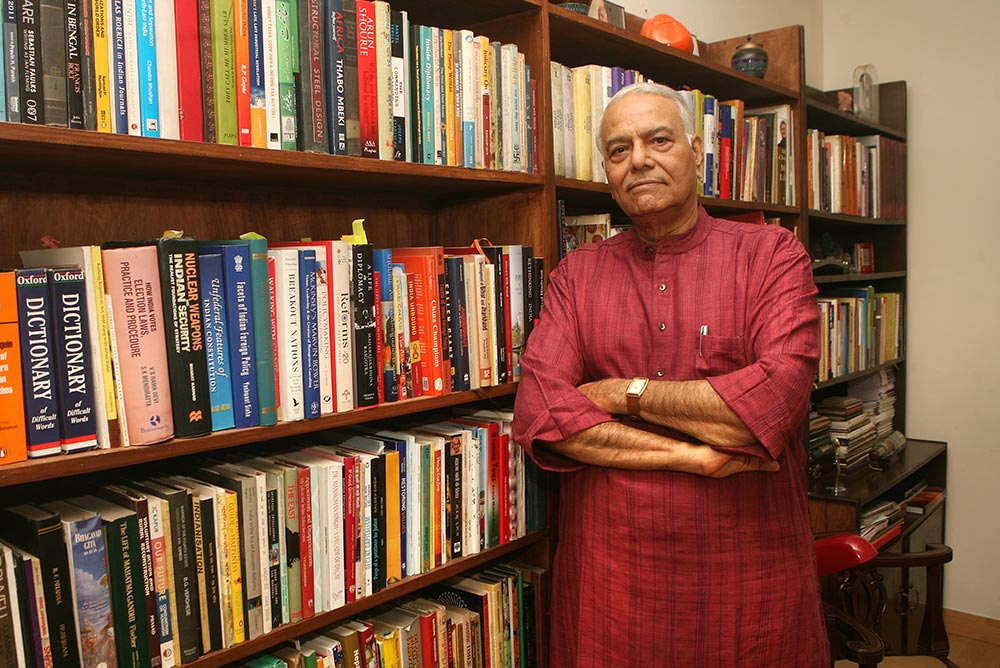 Photograph by Sanjay Rawat
Meetu Jain July 01, 2016 00:00 IST 'The Tapes Show How Those Who ­Operate The System At The Highest Level Are Compromised. It's Disturbing.'

Yashwant Sinha has broken the omerta that the government, the opposition and the media have followed on the Essar tapes. In a free-wheeling discussion with Meetu Jain, Sinha, who was finance minister in NDA-I, lashes out at the system being “compromised at the highest level” and doesn't spare the corporates that conspired to get him out of the finance ministry. In the process, Sinha, who was elevated to the BJP’s “margdarshak mandal” as he was over 75, makes some startling revelations on how the Atal Behari Vajpayee cabinet functioned. Excerpts:

Let’s start with the Essar tapes. You were finance minister for the better part of NDA-I. How much of what was happening was in your knowledge?

Whatever I say about the tapes is presuming they are genuine and true. They are disturbing at the least. They present a grim picture of the manner in which the system is compromised, how the people operating the system at the highest level are compromised, how vested interests can approach...