Why are these Mahadalit women in Bihar's Dhibra jamming? All about austere nuptials of Bihar deputy CM Sushil Kumar Modi’s son. Read all the juicy news... 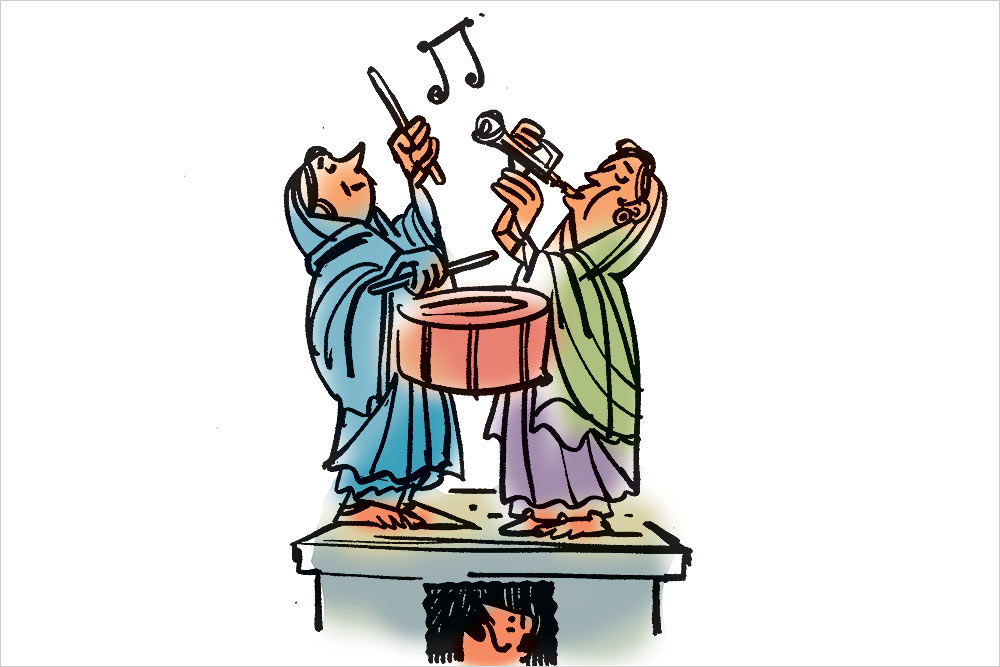 Ten women beat their drums atop a roof in a Bihar village. This is a daily sight now in Dhibra, where a group of Mahadalit women have formed a successful band which assembles for practice each morning after they finish their household chores. They initially faced discouragement from their husbands and others in the village, who asserted that this was “a man’s job”, but now their efforts are paying off. They are booked for a wedding or some other event on most days, with each member earning Rs 1,000-1,200 per day, up from a rate of Rs 500 when they turned professional at the end of 2014. The group was formed with the support of the Nari Gunjan Sanstha, an NGO established by Padma Shri recipient Sudha Varghese. “Without her enco­uragement, we would have ended up as daily wagers,” said team leader Sabita Devi.

Gau Forth and Multiply

At an average height of...