Meet BSP's "chillar" candidate in Gujarat; Why are crows dying a mysterious death in Assam's Sonitpur. Read all the juicy tidbits here... 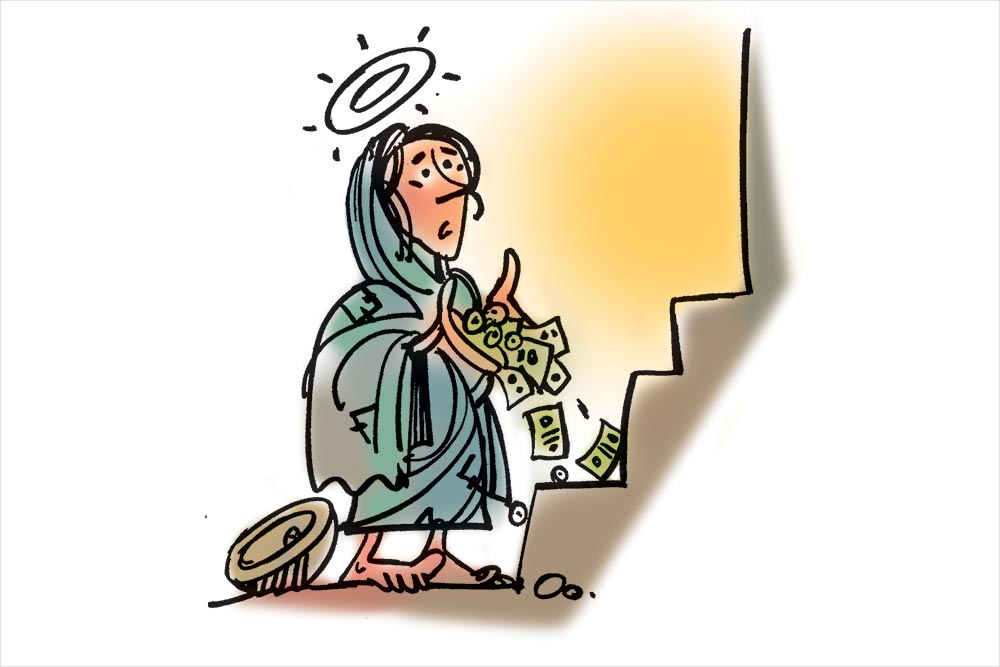 M.V. Sitalakshmi, 85, has donated Rs 2.5 lakh to Mys­ore’s Prasanna Anjaneya Swamy temple—the money she had saved over the course of a decade of begging at the same temple. After poor health forced her to stop working as a domestic help ten years ago, she did not want to be dependent on her brother and sister-in-law with whom she lives, and hence decided to seek alms at the temple, where authorities looked after her welfare. She says, “Whatever devotees gave me I’d deposit that in the bank. For me, God is everything. If I keep money, people will steal it and that’s why I decided to donate my savings to the temple, which takes care of me so well.”  She wants the money to be used to provide amenities for worshippers and to give them prasada on Hanuman Jayanti each year.

Up in the sky, a black crow turns white, goes blind...