From an airport that closed its runway to make way for a temple procession to the Kadknath chicken that is being touted as a aphrodisiac, you have it all here 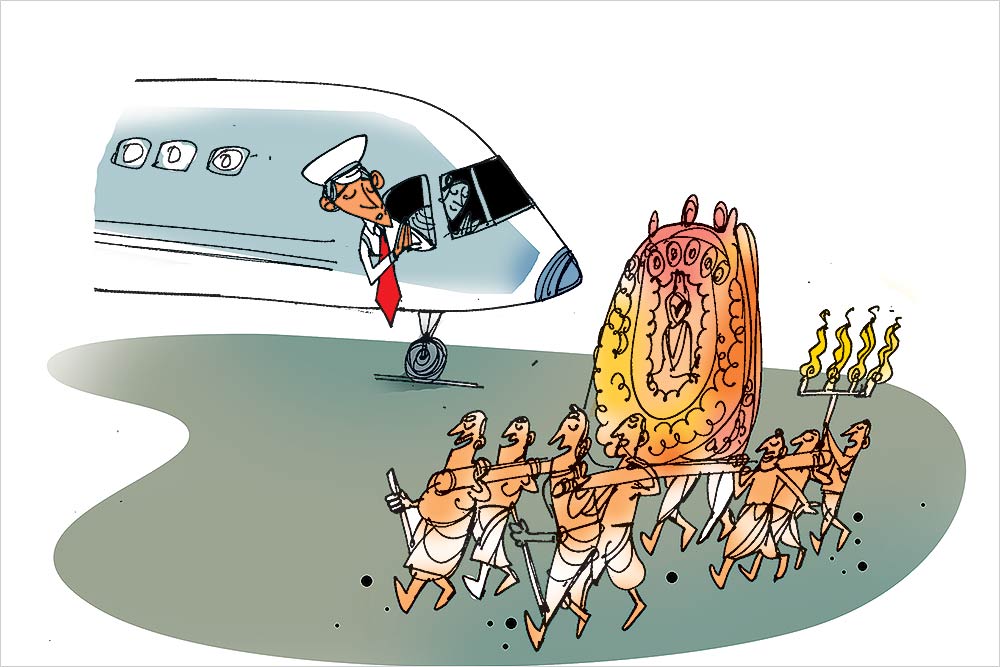 In Thiruvananthapuram on October 28th, the inte­rnational airport ceased activity at 4pm. It closed its runways, rescheduled flights and deployed CISF personnel as guards, as a procession from the Sree Padmanabhaswamy temple passed through it, led by members of the former Travancore royal family carrying unsheathed swords and shields, on its way to immerse three of the temple’s idols in the sea at Shankhumukham beach (a ritual bath or ‘aaraattu’).  Regular activity resumed only at 9 pm, after the procession had made its way back through the same route, with its way lit by a number of people carrying ‘theevettis’ (traditional fire lamps). This procession, and the attendant closure of the airport, occurs twice a year, following the ‘Painkuni’ festival and the ‘Alpashi’ festival (it is the latter that has just concluded), and this has been the case for many decades.