Meteorology is a passe, only divine intervention is the way out in MP; while it now takes only six minutes for a newborn's Aadhar in Maharashtra. Read all the juicy gossip from the neighbourhood... 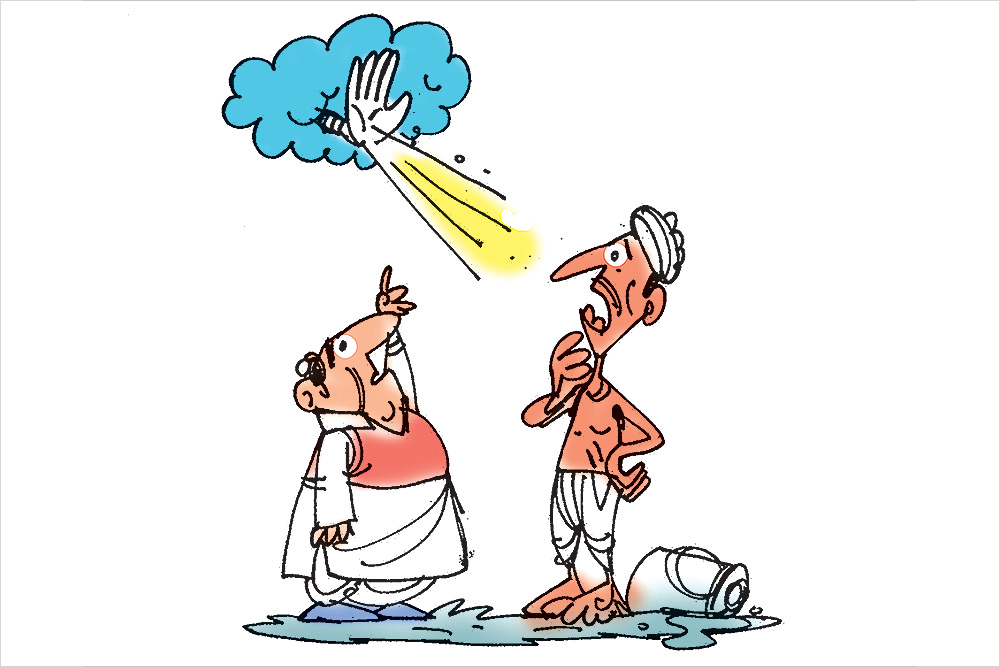 Farmers in Madhya Pradesh have brought divine retribution upon themselves. So goes the explanation off­­ered by state minister Paras Chandra Jain for the dry spell in certain regions. The farmers poured milk on the roads during a recent protest and, as Jain explains, “Milk is offered to Hindu gods and hence is considered sacred.… Bad monsoon is a manifestation of their [the gods’] displeasure.” The theory failed to impress many, but one of Jain’s aides came up with a more scientific account: “Deity Ganga finds her abode over Lord Shiva’s head. Hence, she will be affected, causing a scarcity of water if Lord Shiva, who loves to take a bath in milk, gets angry.” The aide has asked party workers to promote this theory among the people, saying “Mythology can be manouevred confidently, because no God will issue a denial.”