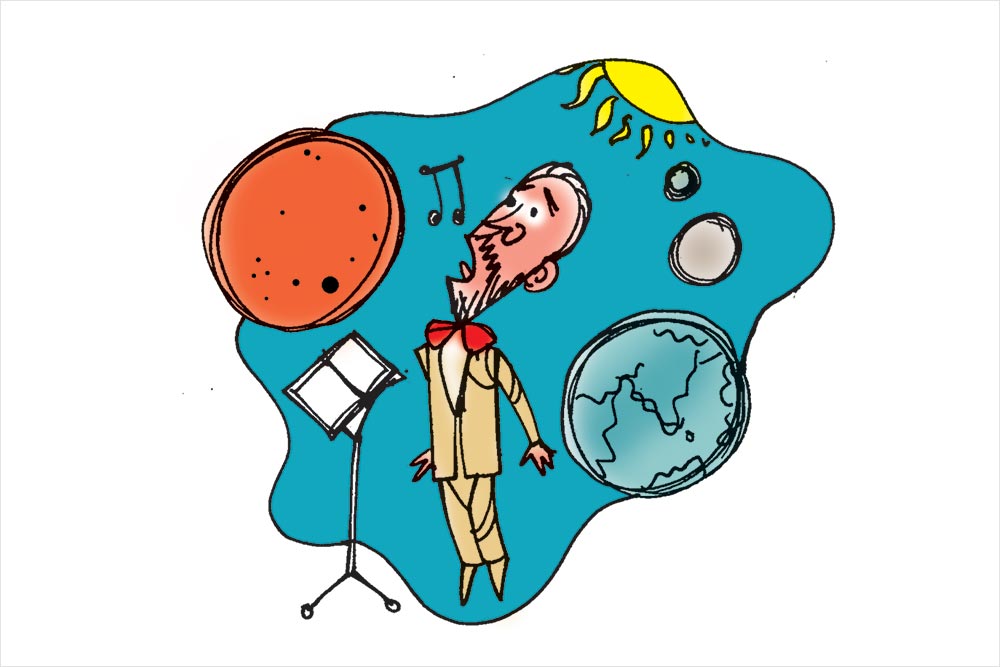 Oscar Castellino (31) of Santa Cruz, Mumbai, had the honour of having his composition Rise to Mars designated as the red planet’s ant­hem by the Mars Society earl­ier this year. The society is a non-profit organisation dedicated to the cause of human exploration and settlement of Mars. The anthem had its premiere in Cardiff in June, with Castellino, a baritone, performing accompanied by the REPCo Sinfonia. Now, at the 20th annual convention of the Mars Society, he has had the opportunity to sing it before an audience of the world’s leading space scientists. He is quoted as saying, “it was fantastic to sing the Mars anthem to the people who are most passionate about the human mission to Mars.”

In Kerala, the festival of Onam is a celebration of...