Did Ravana Really Exist? Did you know that sporting a Buddha t-shirt will get you deported from Sri Lanka? Read the juicy gossip from the neighbourhood... 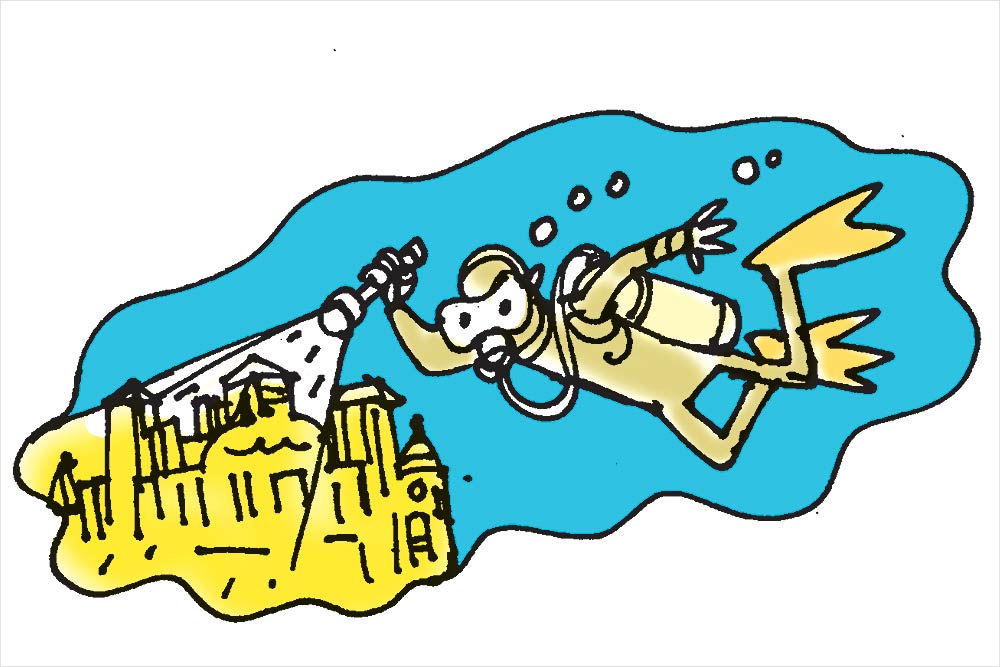 Sri Lankan archeologists claim they have found two underwater palaces near Kirindi in the Indian Ocean. Reports suggest that these great drowned structures could be 2,500 to 3,000 years old and could belong to the era of Ravana, the mythical king of Lanka. Indrajith De Silva, of the Ministry of Tourism and Development, has strongly backed the claim. The government now awaits the final report by archeologists who are studying the und­­erwater sites, says De Silva, adding that it was very difficult to reach these places. Once a conclusive report is prepared, the department plans to release pictures and videos. The palaces were discovered near Kirindi between two lighthouses built by the British on two islands. Interestingly, these two islands were named Kota Ravana Kotwa (fort of Ravana) and Maha Ravana Reef respectively, much before the discovery of the structures.