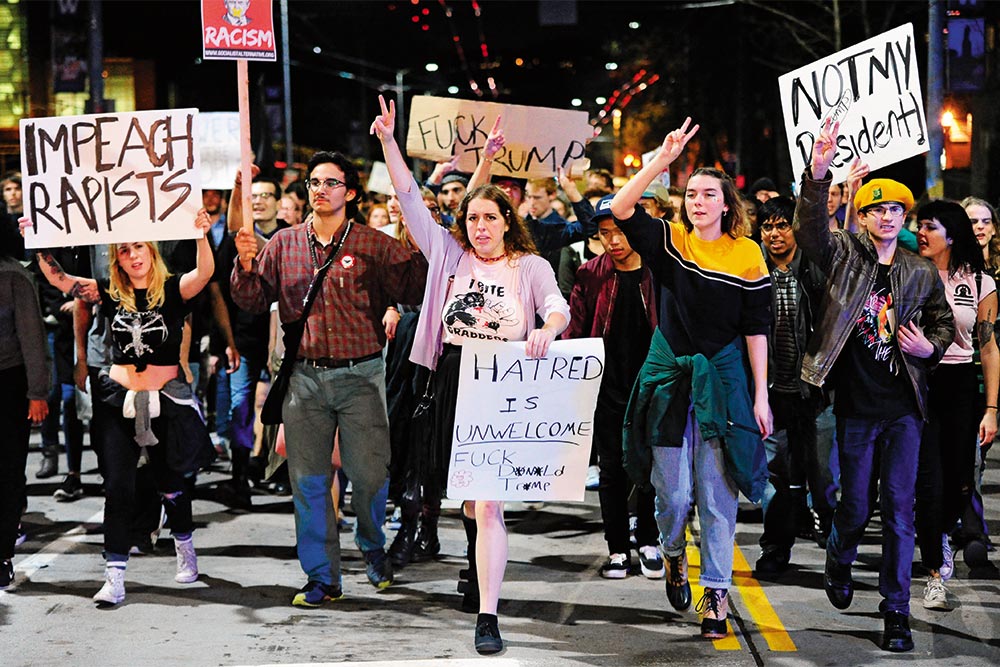 It’s 7.30 am. The Ward Villas polling booth on West Adams Boulevard in South Los Angeles is abuzz with voters who have lined up to cast their ballot. Under the shade of a jacaranda tree outside the booth, youngsters huddle together to discuss a straight-out Hillary win. Giovani Ramirez, a first-time voter, sets his skating board down by the sidewalk. “Hillary comes across as someone who’s clearheaded and empathetic,” he says. “Millennials obviously don’t want a president who will be divisive in this polarised political climate.”

West Adams is a Hispanic neighborhood. And Latinos like Ramirez believe Hillary’s path to victory is sealed.

In about an hour, the crowd starts to swell. J. Walker, the resident manager at the polling booth, feels there will be a record turnout this year. He introduces me to a woman who has been voting here for the past three elections. Crystal Cole, an African-American data entry clerk, thinks the political conversation these days is around juggling two evils. “Clinton is more...