Who knows which forces will operate behind the mask of foreign equity? Even terrorists can buy shares in Indian papers. 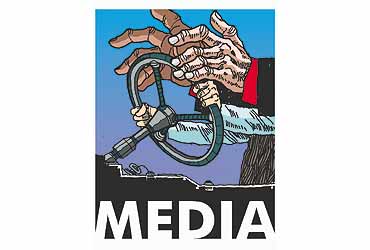 outlookindia.com
-0001-11-30T00:00:00+05:53
Pandit Jawaharlal Nehru didn't like the fact that foreign newspapers were published from India. He had made his dislike more than apparent when, as the prime minister of India, he was supposed to ensure that all foreign-owned newspapers in the country pass into Indian hands. The Bennett-Coleman, publishers of The Times of India, the Illustrated Weekly and some other periodicals and owned by Britishers, was taken over by the Dalmias. The Statesman, which also belonged to a British business house, was bought over by a consortium of Indian companies.

The Mail in Madras and The Pioneer in Lucknow stayed with their respective British owners for some more years. But they too quit after the first Press Commission (1954) recommended that all newspapers owned and managed by Britishers should effect Indianisation of capital and staff.

So unequivocal was Nehru's stand on foreign ownership in the print media that he denied permission even to the New York Times to publish an Indian edition. The Press Commission too had viewed with disfavour...