Good showing in Bihar-Jharkhand. The real troubles are in the states the party rules. 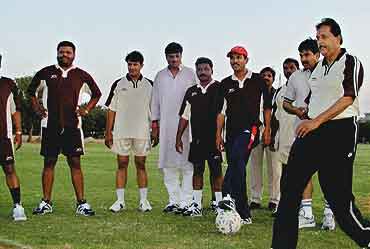 A party down and out since the shock defeat in the Lok Sabha polls last year suddenly has reason to hold its head high, to talk of bringing down the upa regime, to hit the streets in agitational mode. After months, the self-proclaimed "instrument of the divine" has reason to thank the gods. The good showing in Jharkhand and the very respectable innings in Bihar is all and more that the BJP could have hoped for from this round of assembly elections.

But the real icing on the cake has been Jharkhand governor Syed Sibtey Razi's controversial decision to give the...