The Shers And Stripes

Tiger counts in four Maharashtra reserves show a dramatic increase. How did it happen? 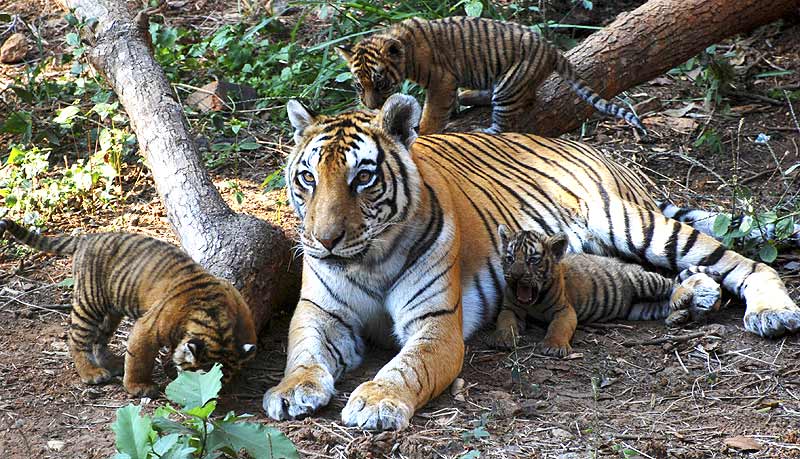 Once you sign up for a tiger safari, your fervent prayer is that the rare big cat obliges with a darshan. And if you are in Maharashtra, your chances just got a little brighter. A tiger count conducted in 2012 in four reserves in the state shows an addition of nearly 40 tigers in less than two years,  says an internal report. The tiger census, using the camera trapping method, was conducted in the Tadoba, Pench, Melghat and Sahyadri tiger reserves. The figure does not include tigers from other reserves such as Nagzira, Nav­e­gao and parts of Gadchiroli.