The Screenplay Is From Nagpur

As many a time before, the RSS steps in during one of the BJP’s worst leadership crises. And leaves its mark, stinging Advani and Modi. 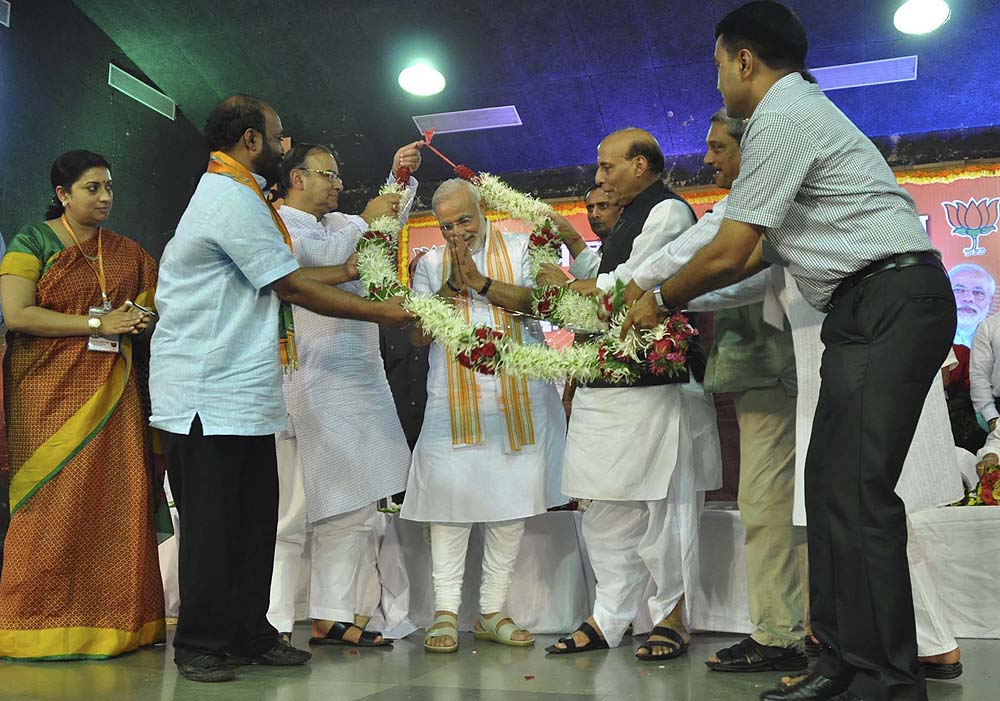 Whose Line Is It?

If there are any takeaways from the great churning in the BJP over the last few days, the most prominent would be the resounding return of the Rashtriya Swayamsewak Sangh (RSS) to micromanaging the party. To make way for that, what could have been more fitting than to have the man who has spent considerable time fighting the Sangh’s interference eat humble pie—never mind that he happens to be the party’s patriarch and founder, L.K.  Advani. The message in June 2013 is clear: the RSS is the overriding authority; there’s no...