Now, the Great Purge. After historians and governors, it's the turn of RSS men ensconced in other spheres of power. 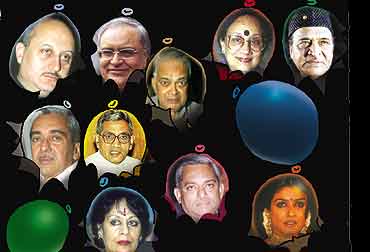 Evidently, the UPA government begs to disagree. In what amounts to a rigorous purge, the Congress-led government is closing in on sundry political appointees of the NDA regime, particularly those with RSS backgrounds. The scrutiny is all-encompassing—information, culture, the arts, history, bureaucracy, not a field is spared.

Says Union HRD minister Arjun Singh, who set the ball rolling with dismissals of saffron historians/academics: "There is no question that people with suspect backgrounds (read RSS) will have to go from wherever they can be identified. The political paradigm has to be altered." For all his suave restraint, he also coined perhaps the most expressive phrase for the exercise: detoxification.

The Congress has lapped it up. Says a Sonia Gandhi aide, less cagey about being outspoken: "Yes, the detoxification drive...