The Return Of The Satraps 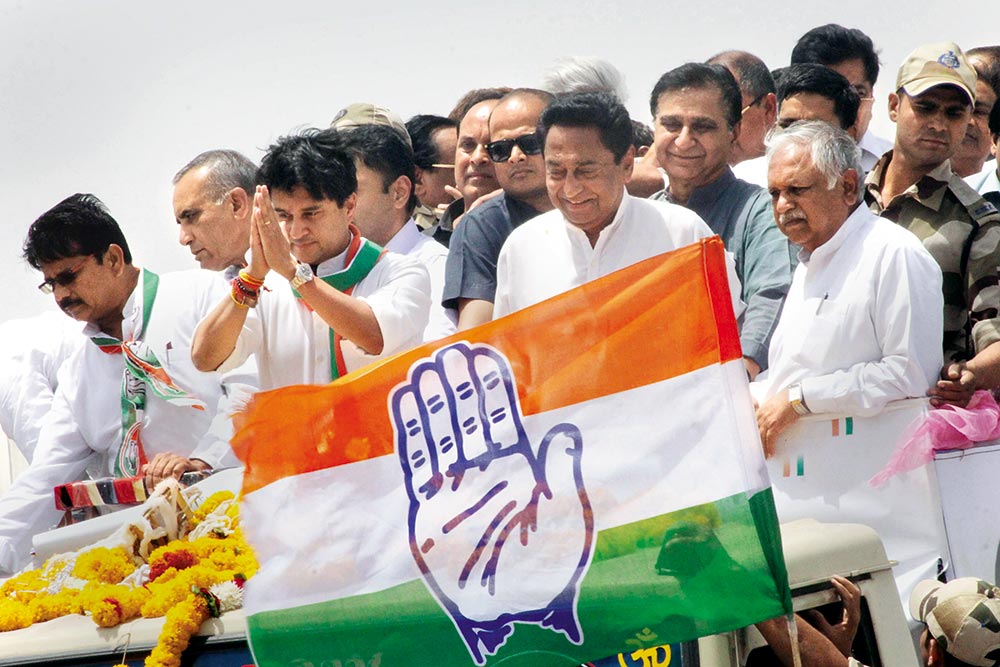 Young & Old
Jyotiraditya Scindia (third from left) and Kamal Nath
Photograph by PTI
Bhavna Vij-Aurora May 03, 2018 00:00 IST The Return Of The Satraps

The office of Congress treasurer Motilal Vora is relatively quiet. The crowds that generally throng the party treasurer’s off­ice when important elections are around the corner have rec­eded, disappointed. The message has gone out from the Congress top brass that the state units have to fend for themselves as far as contesting elections is concerned. That is one reason why poll-bound states such as Madhya Pradesh have seen the return of Congress satraps like Kamal Nath—they are resourceful and have the abil­ity to raise funds for the state units. In Rajasthan too, the party may depute senior leader Ashok Gehlot, recently appointed national general secretary, to lead the party in the run-up to ass­embly polls due in November. The Congress may not declare a CM candidate, but it is believed young state president Sachin Pilot may have to give way to his senior, two-time CM Gehlot.

Congress insiders are calling it the ‘Punjab model’, where the grand old party bucked the trend of losses in other states, with Captain Amarinder Singh leading...