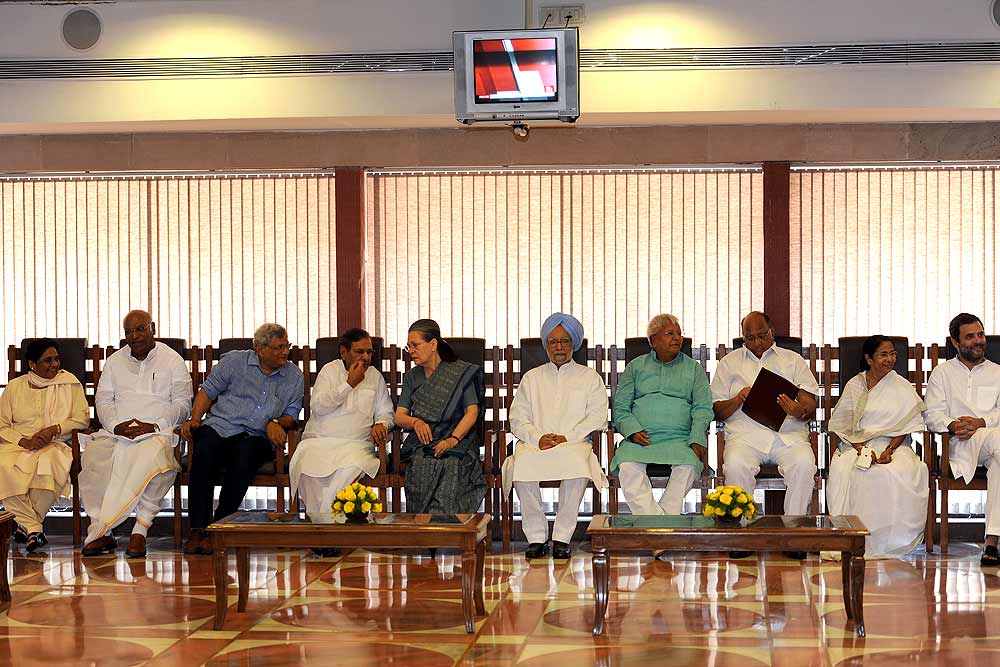 All Makers & No King
Gopalkrishna Gandhi’s name has been floated, but the regional parties in Opposition aren’t enamoured of him
Photograph by Jitender Gupta
G.C. Shekhar June 01, 2017 00:00 IST The Reluctant Prezmakers

A  birthday celebration without the birthday boy? Nothing could have been more symbolic of the quandary the country’s Opposition parties find themselves in. The top leaders will be in Chennai on June 3 to attend the mega birthday rally of Dravida Munnetra Kazhagam (DMK) chief M. Karunanidhi (he turns 94) and also celebrate his 60 years as a legislator—a national rec­ord. The only hitch—the birthday boy would not be seen at the public function, confined as he is to his bedroom for the past six months.

It’s quite unfortunate, considering that Tamil Nadu’s marathon man has always been fond of felicitations. Even if those hosannas wouldn’t reach those ears, the leaders mouthing them would surely hope to somehow whip up a winning formula, which has been eluding them so far, to combat Narendra Modi’s growing political stature and near-invincibility.

Their latest battle—to elect the next president—is also woefully loaded agai­nst them. They have not shown the int­ent or cunning to counter the...