The Rape Of Reason

It has become Everywoman's narrative. The sexual abuse of women has been so public, victims will talk to anyone who'll listen. 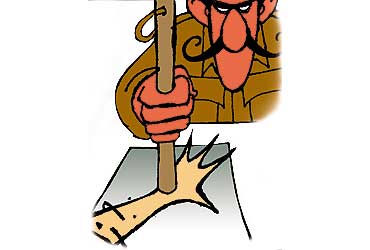 outlookindia.com
-0001-11-30T00:00:00+05:53
The police station was true to every imaginable stereotype: a raunchy, pot-bellied inspector, uniformed henchmen and hapless, pleading villagers waiting in vain for that precious document called the FIR. An ugly circus of intimidation unfolded before our helpless eyes. Fathers who came armed with names of the men who had murdered their sons were turned away. The police told them to omit all individual names if they wanted an FIR quickly. Cases were instead being filed against the nameless and faceless. And how do you even begin to investigate a mob of five thousand people? Arguing with the guardians of the law proved fruitless. Reason was a stranger in this part of Gujarat.

An emotionally exhausted aid-worker turned to us and asked, "Now you try and put yourself in the place of a woman who's suffered physical abuse, who has had a man violate her body again and again. Will she have the courage to walk into a police station and say, 'I have been raped'?"

We looked around. Not a single woman constable in sight. But media presence can create the illusion of security. For...