Makes for engaging and entertaining viewing. Not just the subject, it's also the interpretation and storytelling that one closely identifies with. 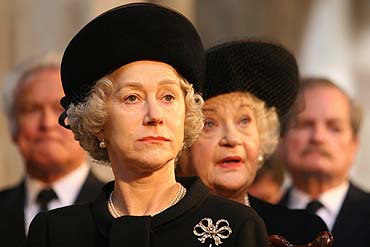 Stephen Frears’ The Queen makes for engaging and entertaining viewing. Not just the subject, it’s also the interpretation and storytelling that one closely identifies with.

The film begins with Tony Blair taking over as Britain’s PM in the summer of 1997 and zooms in on the Queen as she reconciles with the advent of a modern, reformist Labour Party leader. It then follows her through the personal crisis of the death of Lady Diana, who is shown in the film through news footage. The film throws up lots of interesting insights, for instance, the Queen’s desire to be able to vote. She may not be entitled to vote, yet, ironically, it is her government that comes into power after elections. Her initial disregard for Blair is wonderful, how she doesn’t like his informality, asking everyone to call him ‘Tony’. With...