The theatre movement started by Prithviraj Kapoor, as a three-act play across generations 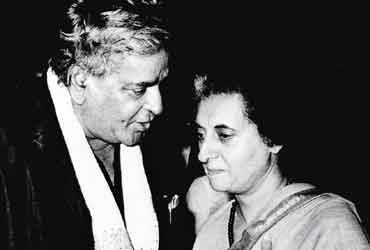 outlookindia.com
-0001-11-30T00:00:00+05:53
I am a sucker for family histories. And here is a book that in some ways is a history of the most eminent family of actors of the Hindi film industry. For the devotees of Hindi movies, this would be quite enough. But The Prithviwallahs is much more. It is primarily the history of Prithviraj Kapoor’s Prithvi Theatres and its resurrection as the Prithvi Theatre in Mumbai.

Written as a book in three acts, the first act tells the story of Prithviraj Kapoor’s single-minded, single-handed creation of Prithvi Theatres, a theatrical company that ushered in contemporary Hindustani theatre in India. In the 16 years of its existence (1944-1960), Prithvi Theatres with its lead star and director, Prithviraj Kapoor, travelled the length and breadth of India performing original plays in theatres, halls, schools, maidans—anywhere and everywhere, from metropolitan cities to mofussil towns. Prithvi Theatres was a popular professional repertory company but, as it happens, could never really make ends meet. Its frequent liabilities had to be covered by Prithviraj himself from his...