‘The Present Government Doesn’t Have A Sense Of Direction’ 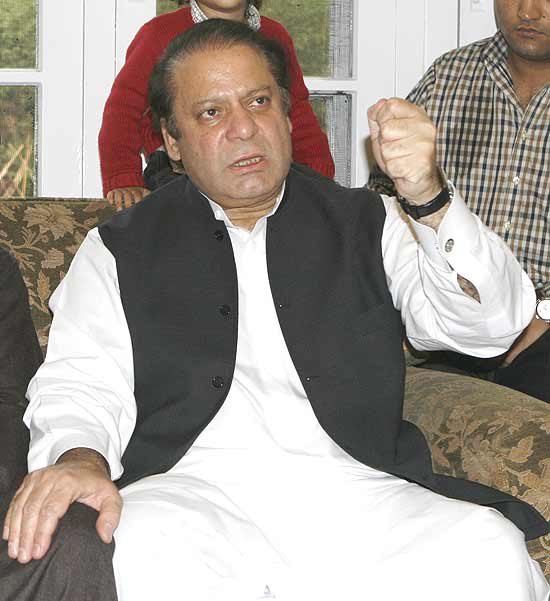 Mian Nawaz Sharif has been elected prime minister of Pakistan twice, first in 1990, then in 1997. Both times, his term was cut short by the army. The first time around, he was persuaded to resign. The second time, he was ousted in a military coup. A doughty fighter, he returned dramatically to oust Musharraf himself.

From a business family with huge interests in the iron and steel business, Sharif is naturally inclined towards free market economy and free trade. Although cut up with Asif Ali Zardari’s opportunism and personal ambition, he’s supporting the present government’s move to improve trade ties with India. Bharat Bhushan met him for a freewheeling interview, sipping the delicious green and spicy Bun Harrari Arabic coffee, which Sharif says he got addicted to in exile in Saudi Arabia.

Do you support the opening up of India-Pakistan trade?

This is a very positive development and I think this should have happened much earlier. We are ...