Adivasi women have spoken of the rape and assault perpetrated by security forces in the Bastar region. Complaints have been filed. There it stands. 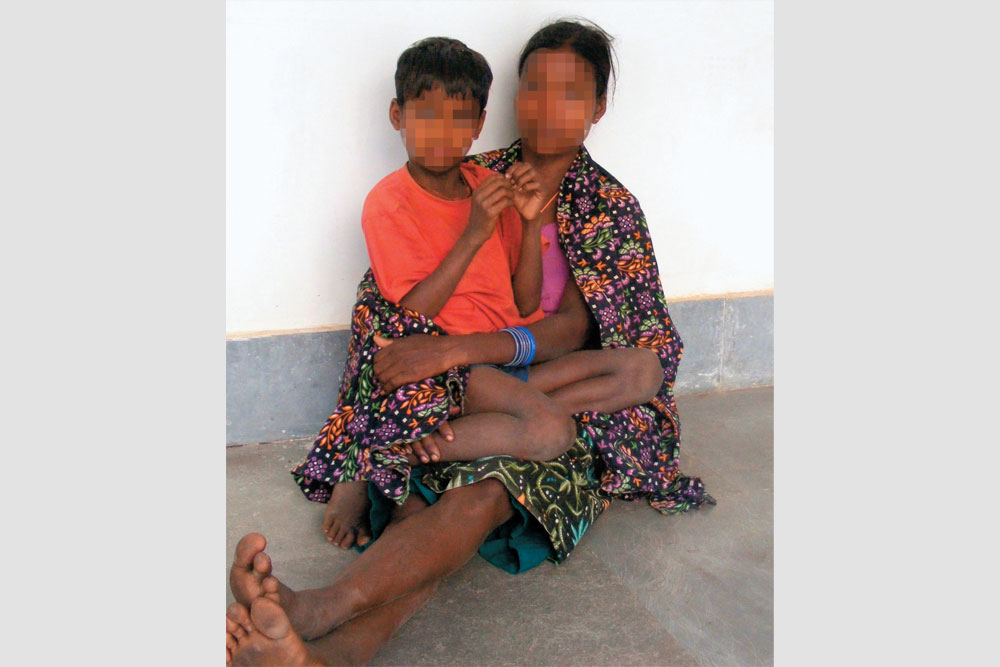 Bali (name changed), a mother of three, paid the price for protesting against the rape of Kosi (name changed) by the security forces. The next day, they raped her.
Photo by Bela Bhatia
Bela Bhatia February 11, 2016 00:00 IST The Pegdapalli Files

The strip of asp­halt, black and smooth, had a way of standing out in the headlights, its smoothness itself in stark contrast to the turbulent times. The times, they say, have changed. But the 12 women in the vehicle know better. They are returning after five days in Bijapur, where eight of them testified to gang­rape and all of them to looting and threats, by police and security forces. Some are with small children, three of whom were diagnosed in Bijapur with malaria. The children are barefoot. So are most of the women. Clothed in thin cotton. Bright prints in warm colours.

Rape is not uncommon. But when it becomes too common, it is time to wonder if there is a method to the violent madness. In the last three months, three instances of large-scale sexual violence on adivasi women by police and security forces have surfaced in Bijapur and Sukma districts of Bastar.  Hindi films have for long promoted rape as revenge, and judging by the complaints, rape is being used as an instrument of terror, as part of counter-insurgency ops.

Parvati was not among...