The Past And Future Of Indian Elections 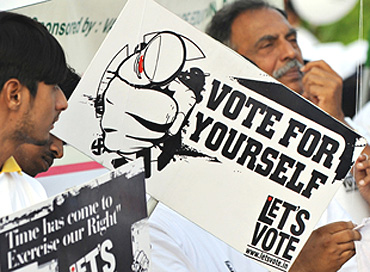 outlookindia.com
-0001-11-30T00:00:00+05:53
In the first weeks of 1967, the town crier in Dehradun left his municipal job to campaign for the Jana Sangh in the general elections. A refugee from the North-West Frontier, this man was tall of countenance and loud of voice. Where he had previously cycled around town commanding citizens to pay their taxes or renew their ration cards, he now shouted slogans asking people to vote for a particular political party. A slogan I remember well ran: Jana Sangh ko vote do/ Bidi peena chhod do/ Bidi mein tambaku hai/ Kangress wala daku hai.

Point Break: The 1967 general election, held the year after Indira Gandhi and her cabinet were sworn in, saw the fragments standing up to the Congress monolith

By now, the Congress had been in power a full 20 years. It could no longer cash in so easily on the legacy of the independence struggle. Khadi, once the livery of freedom, now denoted opportunism, and even...