The Passion Of The Christ

Passion will inform where once there was ignorance or indifference. It will preach its greatest lesson to the converted. But will it reach the likes of those who robbed a leprosy hospital of its director and his sons in the inferno of a jeep? 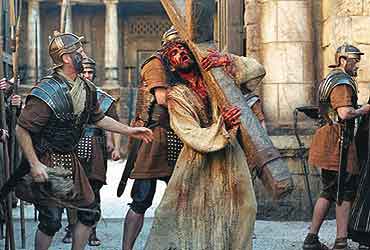 Christianity has made the cross the world's best known logo. Mel Gibson has made it a blockbuster, with an end-of-run take estimated to be US $400 million, among the ten highest grossing films ever. The producers and distributors have got all who may have objected—cardinals, rabbis and leading film critics, both Jewish and Christian—to shower good chits like confetti on this marriage of God and gore.

When you sit down to take in the film, you know not just the broad story but all that has been said for and against it. You wait for the lights to dim, tightening your grip on the armrests. And you don't relax until the end titles. That's the strength and weakness of the film.

Passion is a wonder to behold from its misty opening in the Garden of Gethsemane to the black thunder of a boulder rolling from the mouth of Jesus' sepulchre, signalling his Resurrection and the film's end. Performances...