The Palms Of Jaffna 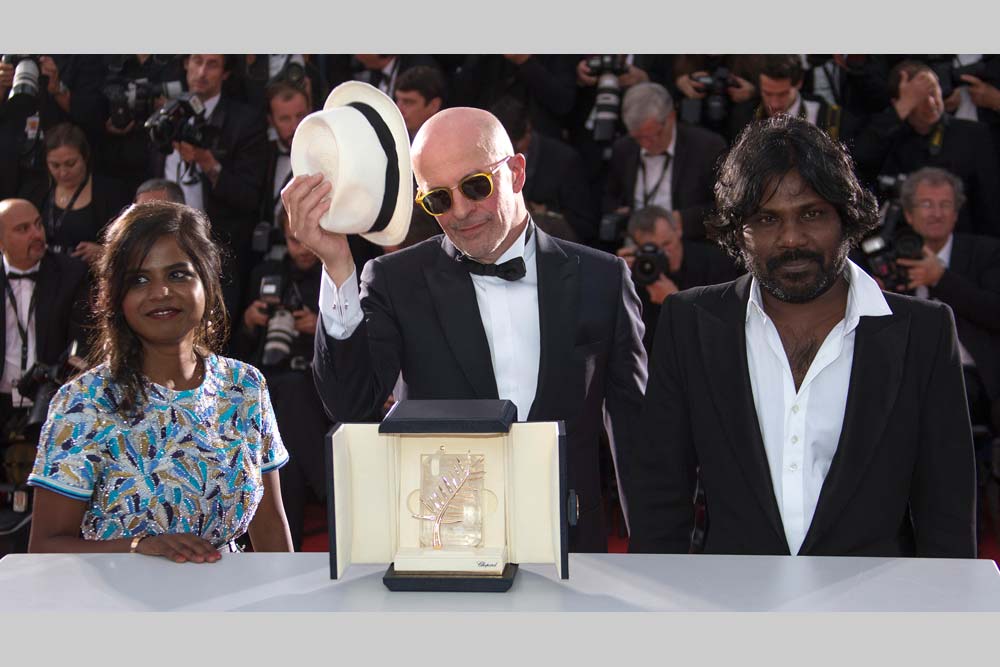 Despite the fact that the film begins in war-torn Sri Lanka only to make its way into what can be described as a French suburban guerrilla zone, Dheepan is a deeply moving love story. Audiard uses the noir genre—the film pans out like a thriller, with several scenes of extreme viole­nce—to tell us a story prop­e­­l­led by two magnificent act­­­­ors, Ant­­­­­­­­o­­nythasan Jesu­th­­a­san, a former Tamil Tiger tur­ned writer and actor, and India’s Kal­ieaswari Srin­ivasan, who plays Dheepan’s pretend Sri Lankan wife here.

It’s a fake family that goes from Sri Lanka to France. Dheepan has lost his family to the war, as has Yalini. She is on the lookout for a man and an orphan (Illayal, played by Claudine Vinasitha­mby) who could pass off as her...