The field was truly home for V.P. Sathyan, the tragic hero of Indian football 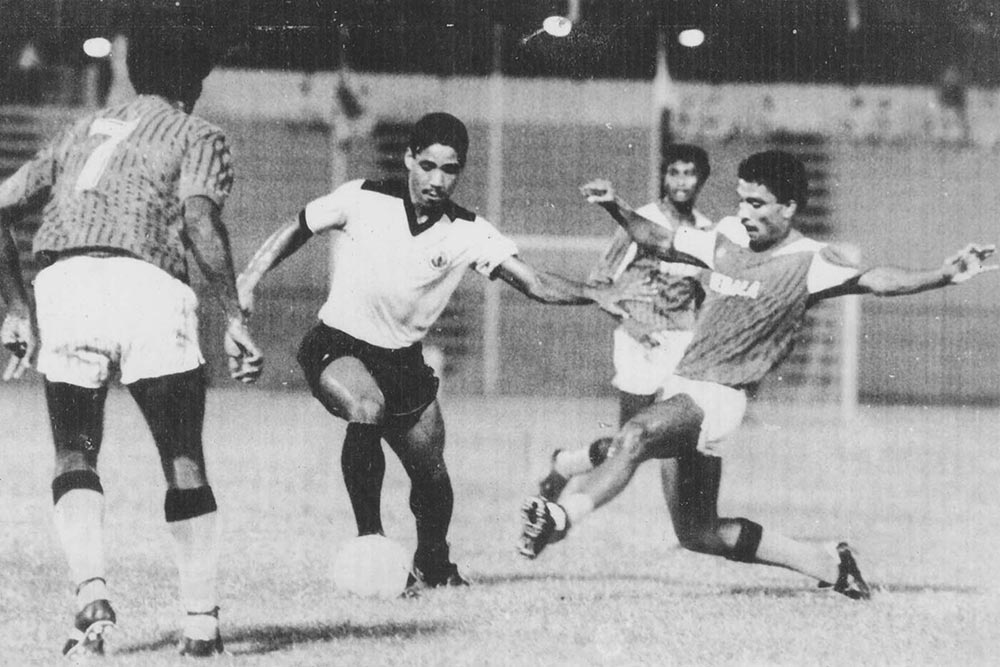 Memories Of Thunder
Indian skipper V.P. Sathyan who took India 57 places up in the world ranking

In the trail of legends of Indian sports stars, the one about former national skipper V.P. Sathyan is that on his wedding night, the 27-year-old centre-back confessed to the bride that he had another love—and that even their marriage couldn’t stand in its way. The groom meant football, obviously, as an upset Anitha realised coyly in the next breath. One-and-a-half decades later, Anitha saw her husband doze off while watching a 2006 World Cup match on TV in their Chennai home. It was unusual, but she chose not to wake him up.

Sathyan hadn’t slept out of disinterest, it’s just that he had been depressed for a while and was under medication. On July 18, nine days after the FIFA final, he jumped in front of a moving train at the suburban Pallavaram station of his city. He was just 41.

The news of his suicide shocked the buffs of the game, more so in Sathyan’s native Kerala. A day later, a big crowd in upstate Malabar witnessed their hero being taken to the pyre. His ex-teammates grieved, volatile striker I.M. Vijayan was inconsolable. A...