The Nudge That Spilt The Spleen

Suddenly, India is being seen as a nasty by the Maoists who had deemed it a friend 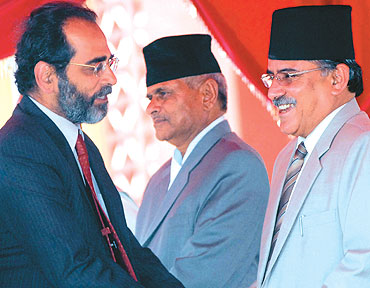 Maoists believe Yadav’s audacity sprang from New Delhi’s tacit support. Prachanda said as much: "We will not bow before any outside force. What the president did was not only unconstitutional, but a mockery of the principle of civilian supremacy." His trusted lieutenant, Dr Baburam Bhattarai, didn’t shy away from naming the outside force: "It all happened because of India’s blatant interference."

Overnight, the country that had played a crucial role in bringing...