The BJP could be ­hoping to reset its equation with ­Nitish in Bihar’s ruling alliance. 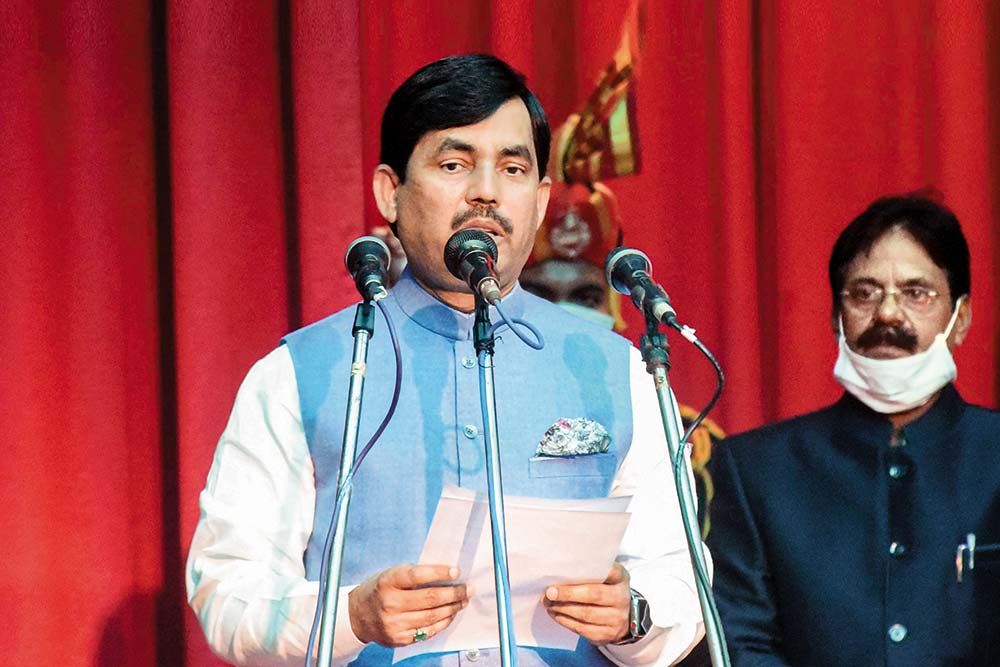 Syed Shahnawaz Hussain, the BJP’s ubiquitous Muslim face, had last taken oath as a minister in the Atal Bihari Vajpayee ­government two decades ago. Now, the 52-year-old is back in the saddle, this time as a minister in the Nitish Kumar government. Two deputy CMs from his party are above him in the hierarchy. There were talks that he might be given the finance portfolio, given his experience at the Centre, but he ended up getting industry. Many consider it to be a demotion of sorts, but he doesn’t think so. “I am a soldier of the party, and will shoulder whatever responsibility the party gives me,” he says.

Hussain was sworn in along with 16 other ministers, including eight from the JD(U), on February 9, ending weeks of speculation. BJP insiders ­believe Hussain has been sent back to his home state for both short- and long-term gains. The party is ­apparently eyeing immediate gains in the upcoming West Bengal polls, where it is engaged in a bitter fight with the ruling Trinamool Congress. By making Hussain a ­minister in the...