In the book vs film debate, my vote goes to the book— but this humane, warm and elegantly crafted film too holds its own 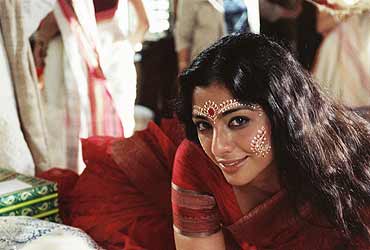 On the face of it, nothing can be easier than making a film on Jhumpa Lahiri’s The Namesake. You’re assured of humanely observed characters, finely nuanced relationships and a sharply felt cross-cultural interaction—where disparate cultures don’t clash rabidly but amalgamate with dignity. But it can also be an extremely difficult book for a filmmaker to handle. How do you translate her writing—fulsome in its descriptions, acute in its observations but intensely intimate and subdued—to the screen? How do you replace the measured narration with meaningful images? Meera Nair manages it rather well. In the book vs film debate, my vote goes to the book but the film too holds its own.

Sooni Taraporevala’s script sticks pretty much to the spirit of the book even while it is not entirely faithful to it. In the book, Ashoke (Irrfan)...