Tamil nationalism, its uses, abuses and relevance, and its issue-based existence 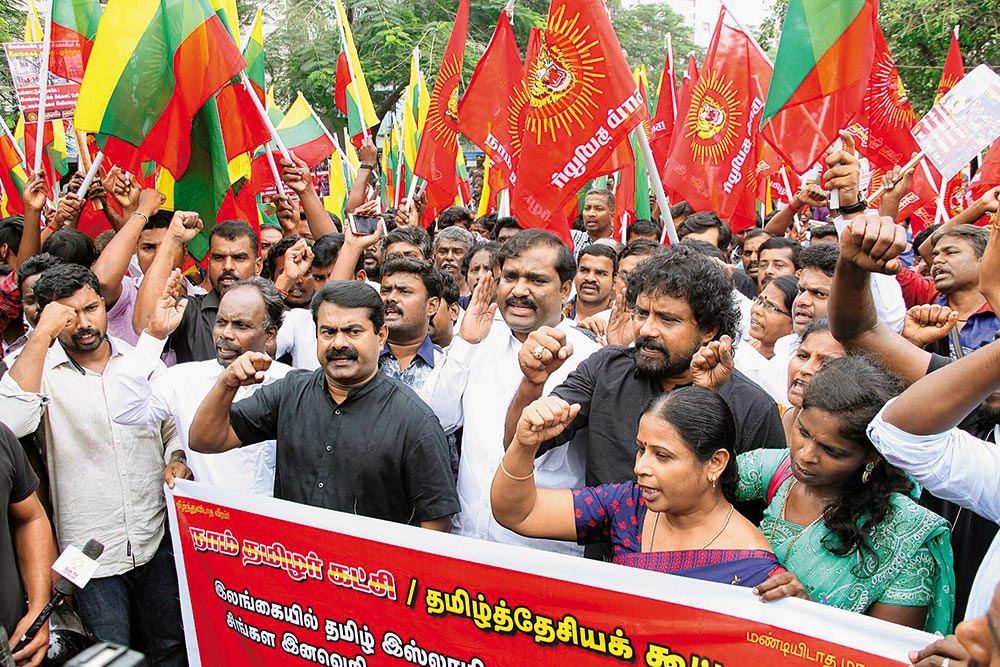 It’s a curious malady that afflicts Tamil Nadu—a periodic impulse to cleave a separate path for itself, a need to split away from the larger, overbearing  body politic of India and crown Tamil identity with statehood. Initially, it was demand for a separate Dravida Nadu and then a pan-Tamil nation. Presently,   an exasperated wish for freedom from the clutches of New Delhi has again taken  hold over the demand for the setting up of a Cauvery water management board.

The state’s political players have lur­ched from one separatist concept to the other to give shape to their brand of Tamil politics. Every chapter in the fight for the state’s right—either over the Cauvery wat­ers or support for Sri Lankan Tamils—has seen the question of Tamil nationalism being dangled before the masses. Yet, in spite of repeated temptations, most Tamils have rejected it—not only at the hustings, but also in populist discourse.

“Over five decades of Dravidian rule by regional parties have kept the embers of Tamil...