The Myth Gets Real

The people's car is a winner. But hang on for the reliability. 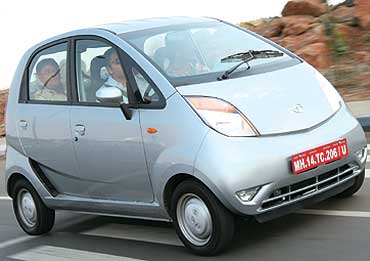 Doubts about the Nano's celebrity status were immediately dispelled on a drive through Pune streets days before the launch. The car was mobbed wherever we parked. People wanted to touch it, jump into it, press their faces on the glass and even pose for pictures next to it. In Chakan, we halted near a bus stop and commuters almost forgot their ride home. The only thing that could have grabbed more attention was perhaps Aishwarya Rai driving topless in a red Ferrari.

Much of the Nano's aura centred on what Tata Motors could deliver for Rs 1 lakh. After driving it in Pune city, on the highway and rural backroads, I can endorse that it's turned out to be a proper car and not an excuse for one.