Along with punitive measures against Pakistan—a diplomatic offensive, boycott of the SAARC summit and talk of an Indus waters offensive—comes the ‘surgical strike’ across the LoC. India awaits a response. 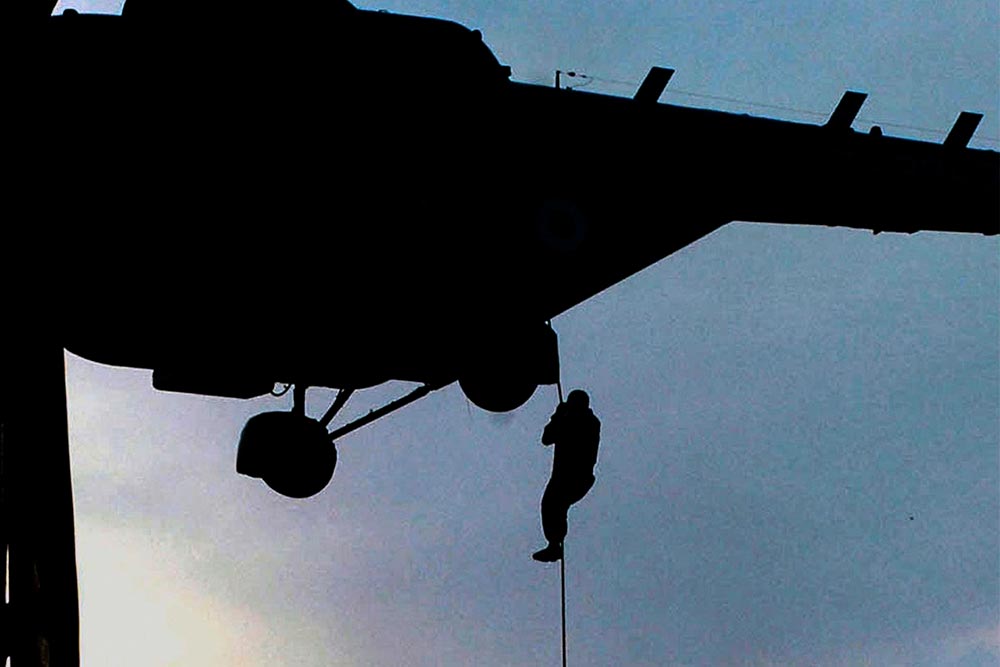 Mode Of Action?
Paratroopers rappelling down from a chopper

The spectre of another India-Pakistan war is a thought politicians, military chieftains, strategic thinkers and diplomats often ponder over warily—with a messy palette of sentiments. The scare scenarios associated with a nuclear event, and the wider domino effect of even a conventional war, ensures that they would rather keep it hypothetical. But with emotions running at fever pitch on both sides of the border after the Uri terror attack, events this week made that possibility look more real than ever.

On Thursday, a buzz of tense anticipation took hold of the subcontinent—and alarms went off in world capitals—as India announced it had carried out ‘surgical strikes’ across the Line of Control in Jammu and Kashmir at Pakistani terrorist training camps. What exactly was the nature and extent of the strikes? Ground troops? Paradropped commandos? Drone-enabled cross-border fire? Different versions did nothing to stop the swirling speculation. The Indian army’s DGMO, Lt Gen Ranbir Singh, spoke at a media conference of “surgical strikes...