The Man Who ‘Messed Up’ The Idli

Srinivas, an MBA from Oklahoma State University, says his goal is to make fresh South Indian food as easily available like other FMCG products. 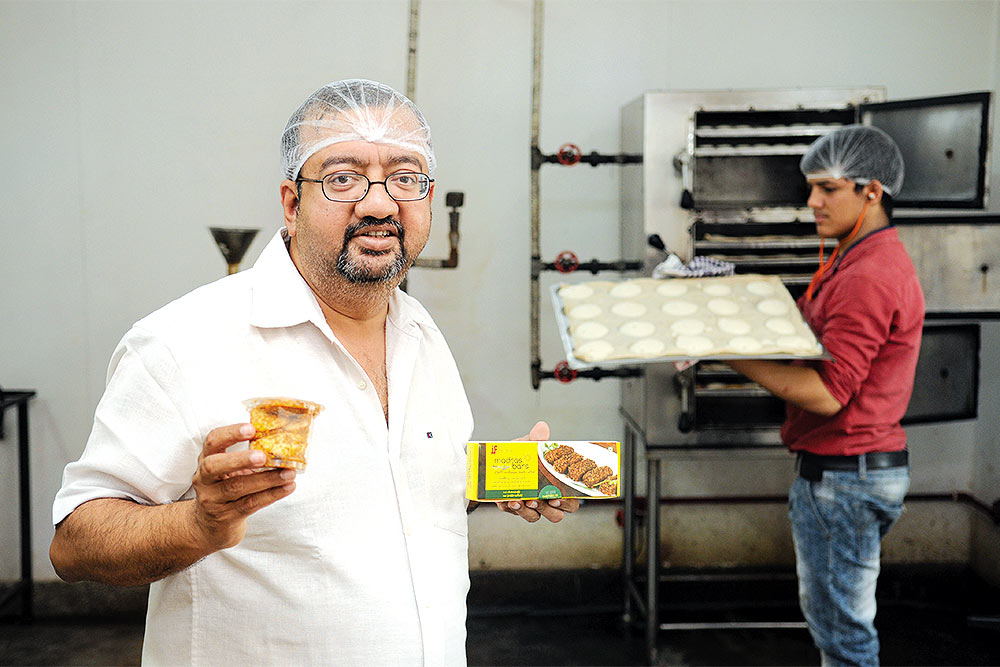 R.U. Srinivas with a Madras Bar

South Indians take their idlis seriously. They are used to seeing it white, disc-round, steaming hot, ideally fluffy and surrounded by chutneys, sambar and a sprinkling of spiced chilli powder soaked in gingelly oil. Until R.U. Srinivas decided to rec­o­n­figure them.

As CEO of a Chennai-based BPO with over 120 days of int­ernational travel, Srinivas (52) used to crave for hot, fresh idlis. “Even if I travel­led business class I was compe­lled to eat what the airlines served me and at their time of choosing. During a Delhi-Chennai Air India flight I was once served lachcha paratha with navratna kuruma for breakfast. Imagine the plight of my south Indian tongue,” grumbles Srinivas.

That had him exploring if fresh food in a box was a possibility. So, Srinivas att­empted a variant of what his grandmother used to do when the family travelled. Idlis by the dozens would be coated in a thick layer of paste made with that spiced chilli powder and gingelly oil and wrapped in banana leaves and newspapers. They would easily survive for a...