Little deft touches, pitch perfect acting. A film that makes you smile through its sadness. 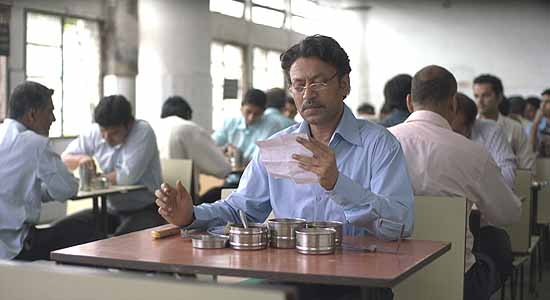 It’s easy to understand the universal appeal of The Lunchbox. Most big, busy cities like Mumbai have a way of isolating people, of making them feel terribly lonely in a crowd. The Lunchbox is a seemingly simple but profoundly felt story about such lonesome, drifting souls who find a rare bonding and anchor in each other. It is a film that makes you smile through its sadness.

There is Ila (Nimrat), trying out new recipes to woo her indifferent husband, with a little help from the neighbour aunty who we hear, but never see (the voice: Bharti Achrekar). Then there is the eccentric, unsmiling widower Saajan (Irrfan), unpopular amongst children of his neighbourhood, about to retire from a job of many years and handing over charge to a...